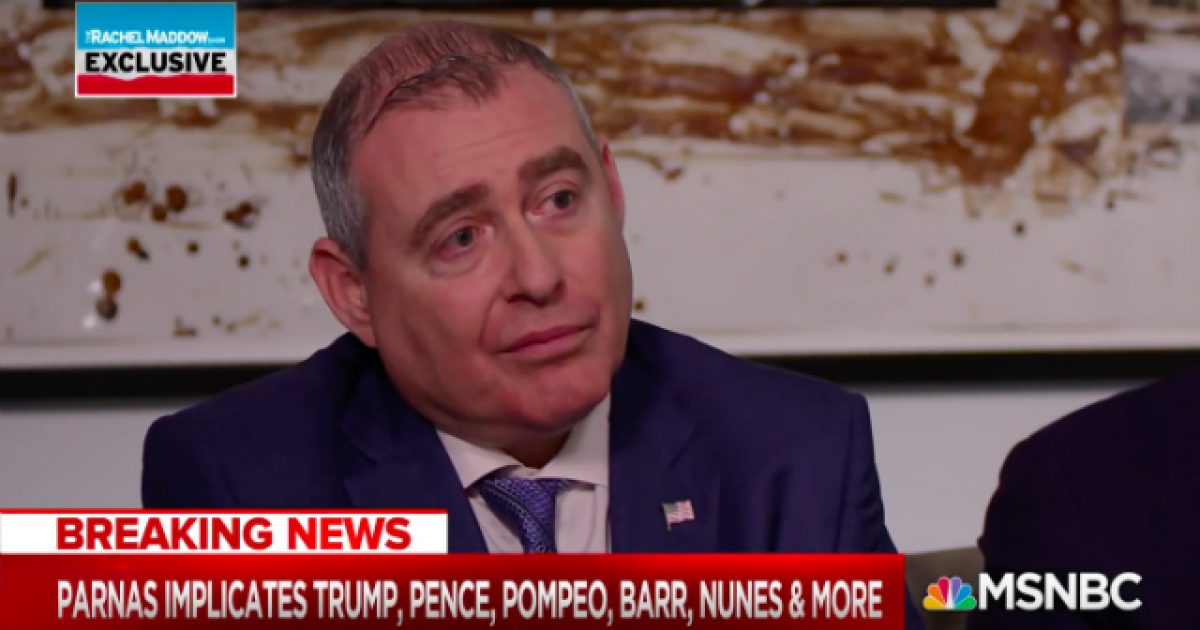 The plot continues to thicken in the impeachment proceedings against President Trump as an associate of the president’s lawyer, Rudy Giuliani, is now claiming that an attorney visited him in jail and asked him to sacrifice himself to protect Trump.

Lev Parnas, who has been charged with violating campaign finance laws, recently recounted a conversation that took place between himself and Trump lawyer John Dowd in an interview he did with MSNBC’s Rachel Maddow on Thursday.

The Washington Examiner has more:

“I started seeing in the process of the bail stuff, the way things were going on, they were more concentrating on — I didn’t feel that they were trying to get me out,” Parnas, 47, said. “John Dowd, instead of comforting me, trying to calm me down, telling me, ’It’s going to be OK, don’t worry,’ basically started talking to be like a drill sergeant, giving me orders, like, ‘Be a good boy.’”

Parnas clarified that he was not quoting Dowd verbatim, but that’s how he interpreted Dowd’s message. He said he fired Dowd during that heated conversation.

“Were they telling you to sacrifice yourself in order to protect the president?” Maddow asked.

“That’s what I felt,” Parnas said. “They tried to keep me quiet.”

Parnas allegedly aided Giuliani in a campaign to pressure Ukraine to investigate former Vice President Joe Biden and his involvement in a potential abuse of power to protect his son, Hunter, from an investigation into some rather shady business dealings.

Parnas has also handed over some documents and messages to the House Intelligence Committee that includes more detailed information about the “pressure campaign” which also includes a letter Giuliani sent to Ukrainian President Volodymyr Zelensky. The letter seems to indicate that Giuliani was acting at the direction of the president.

The president commented on this by denying he knew anything about the letter and claimed not to know Parnas.