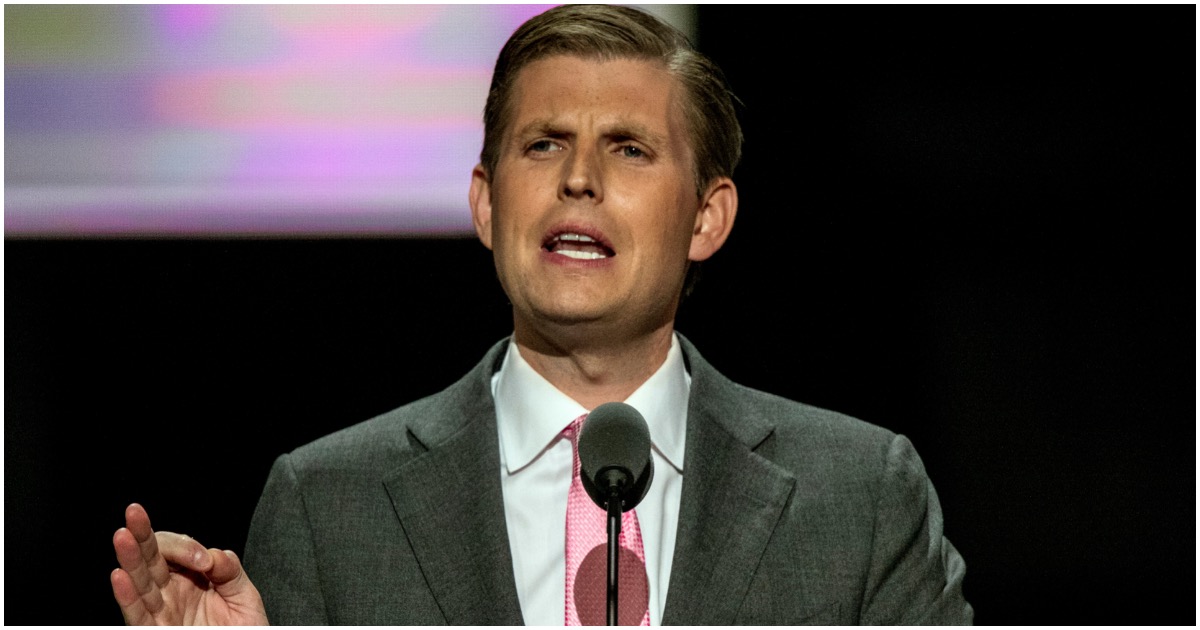 Even for an unhinged leftist, this is pretty awful.

Spitting on someone, anyone? Come on, man.

According to sources familiar with the matter, Eric Trump had, with a group of people, come into Aviary, an upscale lounge in Chicago, and the young woman–an employee of the establishment–came right up to him and spit in his face. Per an eyewitness, she murmured inaudibly something that sounded like it was anti-Trump. Then Secret Service agents who were there protecting Eric Trump jumped into action and took the woman into custody. She was put in handcuffs and placed in a police paddy wagon, a source with knowledge said. Eric Trump decided not to press charges against the woman in the end, and she was released from police custody.

CPD was on scene and assisting the United States Secret Service with a law enforcement matter. Any and all inquiries regarding a federal protectee must be directed to the Secret Service.

CPD was on scene and assisting the United States Secret Service with a law enforcement matter. Any and all inquiries regarding a federal protectee must be directed to the Secret Service. https://t.co/ecq5TaMiQ0

Always love visiting ⁦@TrumpChicago⁩! It is one of the most beautiful buildings in the world! ⁦@TrumpHotels⁩

Always love visiting ⁦@TrumpChicago⁩! It is one of the most beautiful buildings in the world! ⁦@TrumpHotels⁩ pic.twitter.com/vr60sbbb07

Panera Bread closed its experimental Boston location that ran on a pay-what-you-want model noting that customers never paid enough to support the cost of a meal.

And moonbats are stumped as to why this idea just never works.

The plan was to bank on the good-heartedness of customers who were preached to about the homeless and the hungry before they were handed their meals. Panera — and other liberal establishments who have also tried this silliness — imagined that once a customer was made aware of the needy of the world, why they would pay even more for their meal than the suggested meal price on the menu. Just out of the goodness of their hearts, I guess.

The company also maintained that if the customer himself was one of the needy, well he could then just pay what he could afford to pay while others make up the difference when they paid more than they were asked to pay.

Shockingly, few ever even wanted to pay the suggested meal cost, much less more. Apparently everyone was needy, or something. This continued deficit caused the location to go out of business.

“Despite our commitment to this mission, it’s become clear that continued operation of the Boston Panera Cares is no longer viable,” Panera Bread said in an emailed statement. “We’re working with the current bakery-cafe associates affected by the closure to identify alternate employment opportunities within Panera and Au Bon Pain.”