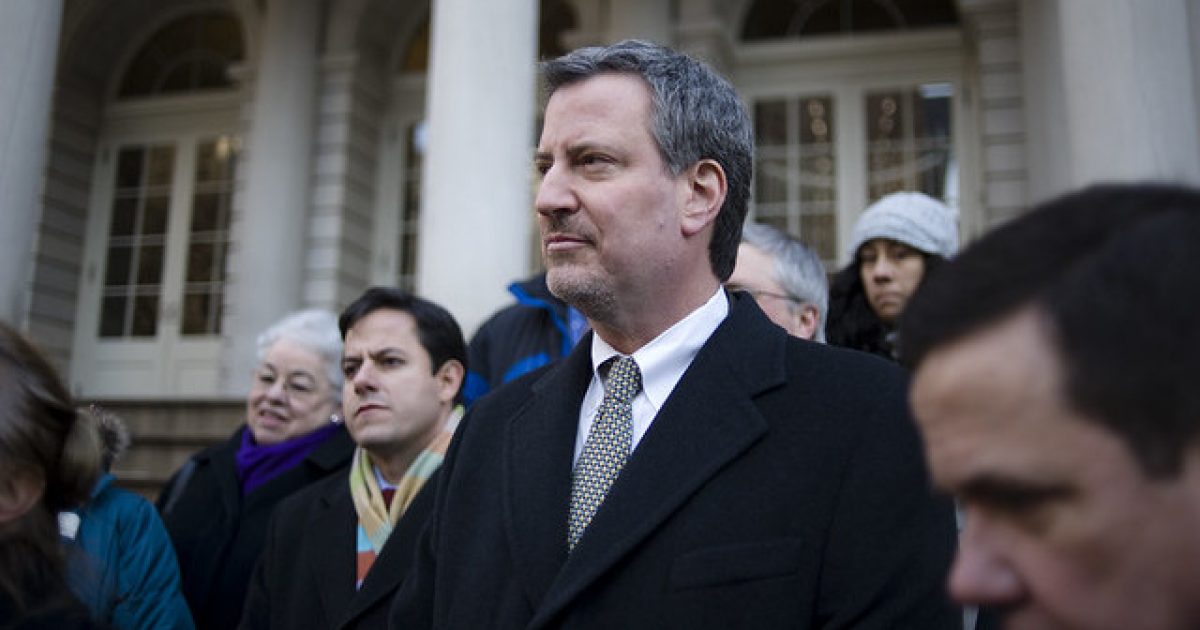 Everyone’s least favorite New York City mayor — and given the lengthy list of radical leftists that have destroyed the city with their horrific progressive policies, that’s an impressive feat — Bill de Blasio held a rally in Iowa this weekend and basically almost nobody showed up.

This is both pathetic and hilarious at the same time.

New York City Mayor Bill de Blasio tried to woo Iowa caucus voters by holding an event at the Parlor City Pub in Cedar Rapids Sunday morning. The New York Post reported that “about 15 likely Democratic voters” attended, not including his staff, the press, or state Sen. Rob Hogg who organized the event.

“If we as Democrats are talking about that, we’re winning,” he added.

“Here’s the bottom line: We have a country that’s favored the 1 percent now for literally 40 years,” he continued. “The rich have gotten richer. Everybody else has been pretty much treading water.”

To make matters even worse for de Blasio, the few folks who actually showed up to the event said that what the mayor had to say was pretty uninspiring.

One individual, Carol Wickey, 78, spoke with the Post and said that she “liked a lot of what he said,” but his “tone was too divisive.”

Geoff Johnson, 40, said de Blasio was one of his top contenders, but didn’t think the mayor was a viable candidate.

Truth be told, de Blasio is a horrific choice for president, which apparently, most folks across the country already recognize. Given how many individuals who are running, it doesn’t seem like he’s going to be able to pull together enough support to get the coveted spot.

Someone as radical as him stands like zero chance of winning the White House against Trump in 2020, but that hasn’t stopped others like him from winning. They haven’t learned their lesson yet from the 2016 presidential election.

If they want to stand a chance, time to reign in the insanity and head toward the center. They won’t though. They’re convinced the insanely far left path is the right one for our country, despite the fact the vast majority of Americans don’t want that.