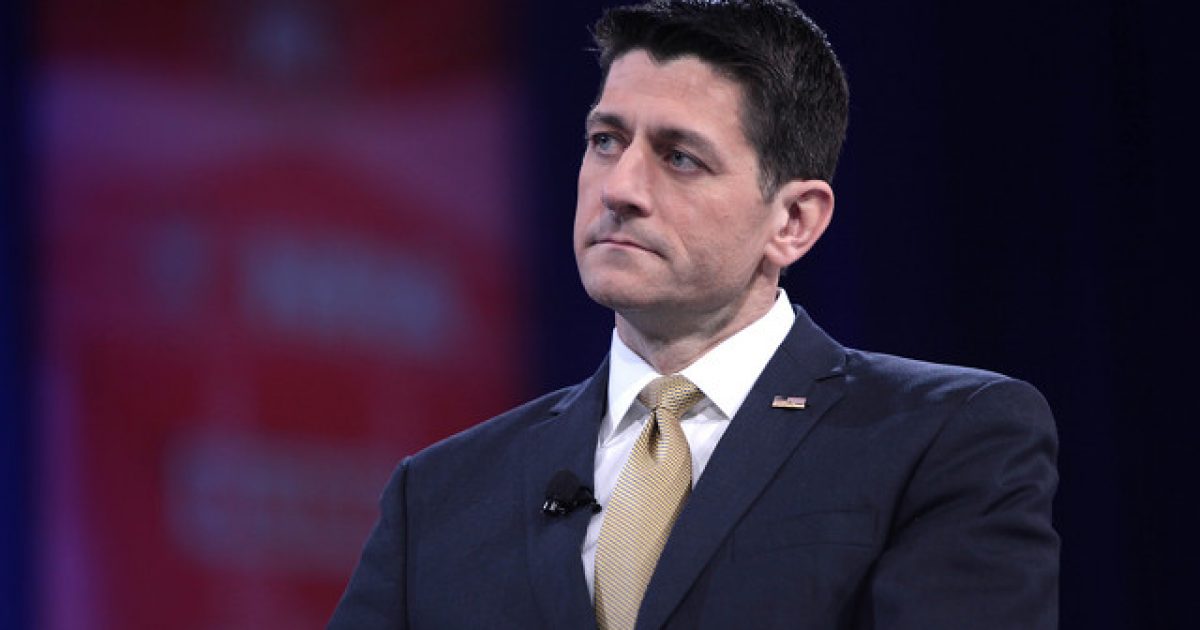 House Speaker Paul Ryan has drafted a new DACA plan and it’s a total disaster from start to finish, as it practically hands over amnesty to millions of illegal aliens and puts off the building of a wall that would be used to secure our borders.

Apparently, Ryan still doesn’t get the point that being lukewarm and not standing on principles you claim to espouse results in revolt, a lesson that should have been made clear with the election of Donald Trump to the office of president. Guess Ryan has a hard head.

The bill in question would give 1.8 million DACA illegal immigrants amnesty based on the contingency that Trump’s border wall receive $25 billion in funding.

The Ryan/Goodlatte bill mandates that $25 billion be appropriated for a border wall to stop illegal immigration at the southern border. That funding “must not have been rescinded or transferred to another account” in order for the DACA amnesty to begin, a summary of the legislation provided to Breitbart News reads.

The amnesty for DACA illegal aliens would begin after five years, allowing for the eligible 1.8 million population to obtain Green Cards through a newly created “Merit-Based” immigration category.

This amnesty, though, would be halted if the $25 billion in border wall funding is not available for use at the border. A summary of the legislation notes:

Visa Availability – beginning in the sixth year of the program, the first green cards would be awarded under the new program only if the advanced appropriated funds for border security for that fiscal year have been made available for obligation, have not been transferred or reprogrammed for other non-border security purposes, and have not been rescinded. [Emphasis added]

In addition to fully funding a border wall, the Ryan/Goodlatte legislation closes the various immigration legal loopholes that perpetuate programs like “Catch and Release,” where illegal aliens are released into the U.S. while they await court proceedings.

Doesn’t handing amnesty to a million illegals sort of defeat the purpose of building a wall in the first place? Shouldn’t individuals who are breaking our law by crossing the border without legal permission be sent back to their country of origin until such time as they can arrange to come back legally?

We need the border wall because a nation without borders is no nation at all. We have to stop violent criminals from gaining access to our system, our benefits, and most of all our citizens.

Let’s hope Congress finds another way to raise the funds for the wall.