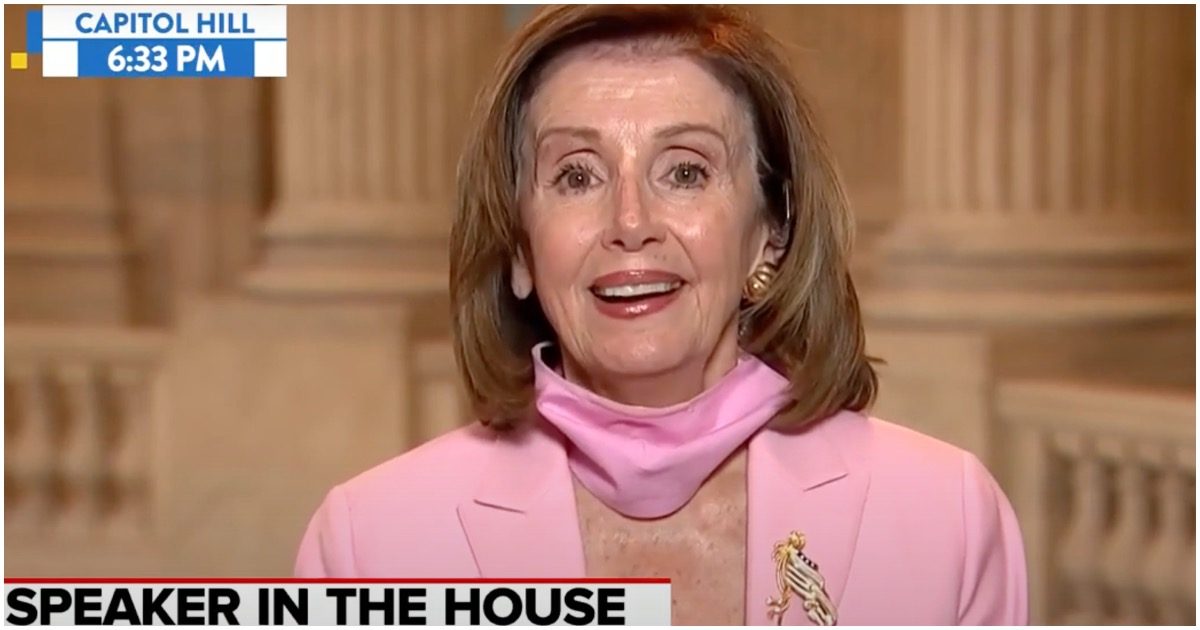 Despite a decades long history of inappropriate (and public) touching, hugging, and kissing, every single Democrat and their mother is willing to give Joe Biden the benefit of the doubt over Tara Reade.

When it came to Brett Kavanaugh, liberals demanded he be burned at the stake – and Christine Blasey Ford had far less evidence than Reade.

Democrat voters should never vote Democrat again based on this one hypocritical issue alone. But the thing about lefties is that they love them some hypocrisy.

Biden last Friday directly denied the allegations made by a former Senate aide, Tara Reade, and asked the secretary of the Senate to make public any records of a claim she may have made while she worked for the then-senator in the 1990s.

Pelosi said, “[…] I’m not going to answer this question again. I will just say, I have every confidence that Joe Biden will be a great president of the United States.”

Where has Pelosi been?
Holed up in her napa valley multi million dollar estate.

Speaker Pelosi has no concept of deficits. I wouldn’t be surprised if she's planning a stimulus package for the #MurderHornet.

Before we spend even more taxpayer money, let’s give local and state governments flexibility to use all the #CARESAct funds they already have. pic.twitter.com/XS06HzoEjE

Why doesn't Pelosi want a payroll tax cut? Because that would give the power BACK to the PEOPLE! Instead, their proposed fixes don't make any sense. pic.twitter.com/PKu3tizVIp

Nancy Pelosi, Speaker of the House earns an annual salary of $223,500.

Chuck Schumer, minority leader of the Senate makes $193,400 each year.

Adam Schiff, salary is $174,000 a year. They should all donate their salary as Trump does!! pic.twitter.com/XG7n1ihoep

Biden: ‘The Pandemic Is That’ Trump ‘Has No Intercourse Whatsoever With the Rest of the World’