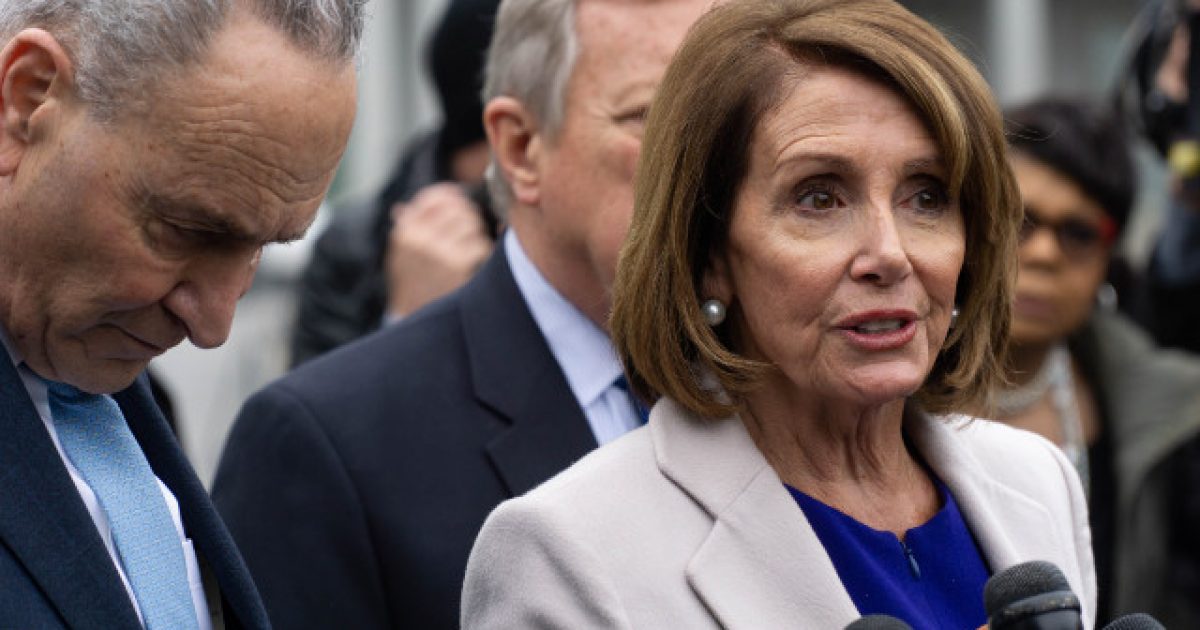 Congress is on the precipice of taking another dive into the events of January 6th, 2021, but their probe has not arrived without controversy.

Republican lawmakers are concerned that the Democratically-controlled select committee on January 6th will wind up being a retrial of former President Donald Trump, who was impeached for “inciting” the insurrection, but subsequently acquitted in his Senate trial.

Now, despite her promises to keep the probe bipartisan, House Speaker Nancy Pelosi is putting the kibosh on a couple of members of the GOP who were picked to participate.

Pelosi, D-Calif., said Wednesday she won’t appoint Reps. Jim Jordan from Ohio or Jim Banks from Indiana – two strong allies of former President Donald Trump – to the committee formed to investigate the cause of the Jan. 6 Capitol riot and make recommendations on preventing future violence.

This didn’t go over so well in Congress.

Her decision immediately sparked backlash from House Minority Leader Kevin McCarthy, R-Calif., who called Pelosi’s move “unprecedented” and threatened to have all Republicans boycott the committee if Jordan and Banks didn’t get appointed.

“Unless Speaker Pelosi reverses course and seats all five Republican nominees, Republicans will not be party to their sham process and will instead pursue our own investigation of the facts,” McCarthy said in a statement.

The now-banished Jordan had some harsh words on the subject:

“Speaker Pelosi just admitted the obvious, that the Jan. 6 Select Committee is nothing more than a partisan political charade,” Jordan said in response to being rejected.

Americans are bitterly divided over the events of January 6th, and only a true bipartisan effort to uncover the truth could be considered an effective tool of healing here.

In that pursuit, Pelosi is failing.