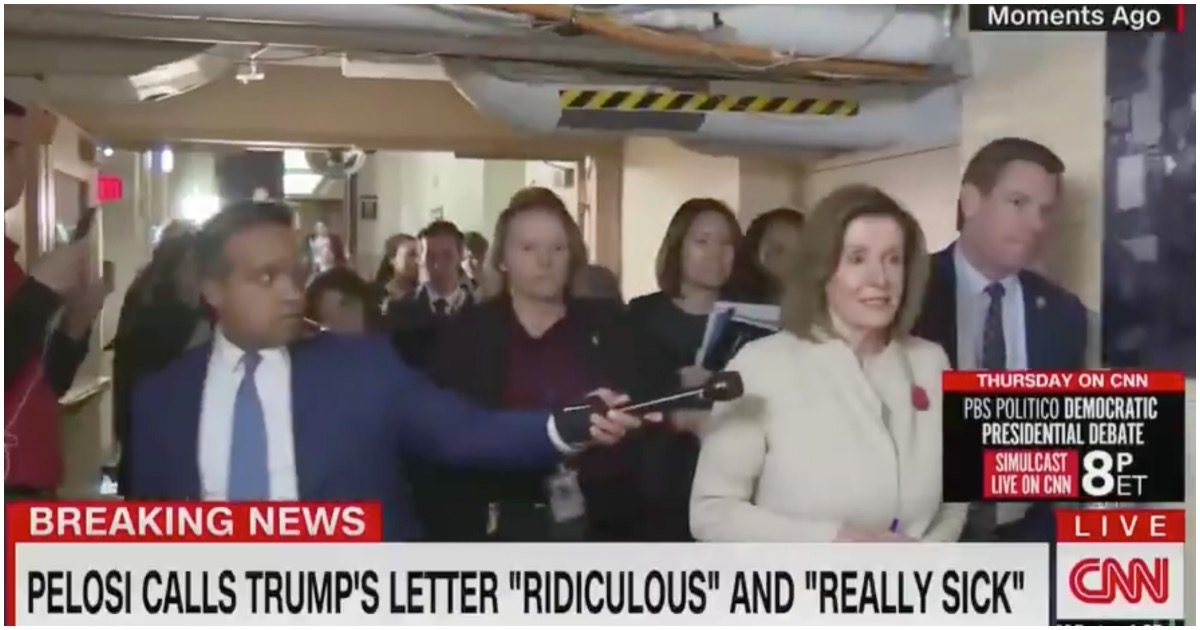 Knowing that Democrats are intent on impeachment, President Trump fired off a letter to Speaker Nancy Pelosi (D-CA). Impeachment is going to happen in the coming days. POTUS is prepared.

Trump’s letter didn’t sit well with Nancy, who had a few nasty words to say about it. In essence, she referred to the president as “really sick” and “ridiculous.” Because the president is “ridiculous” for calling Dems out on their BS, right, Nancy? SMH.

Pelosi told reporters on Capitol Hill that she had not gotten the opportunity to read the full letter, which accused Democrats of waging an “unconstitutional abuse of power” by moving forward with an impeachment vote over Trump’s dealings with Ukraine.

All Democrats know they have nothing against Trump. Unfortunately, that won’t stop them from acting like children and attempting to impeach.