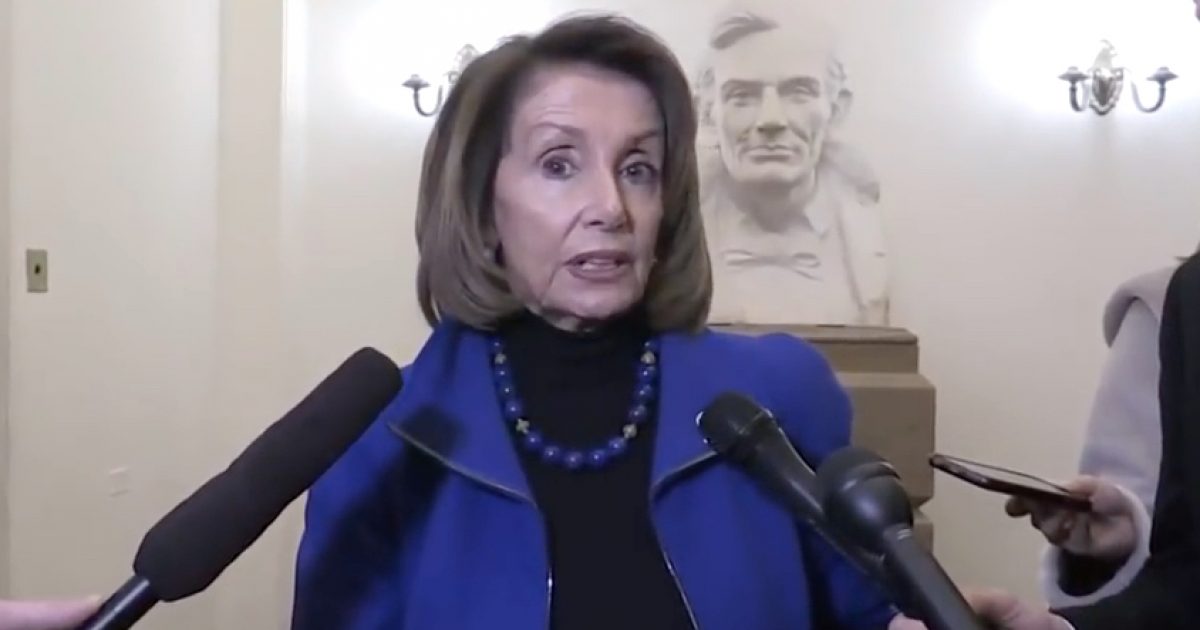 The bitter feud between President Donald J. Trump and House Speaker Nancy Pelosi has been growing both in scope and incredulity over the course of the last 31 days.

This particular fight was first escalated by the realization that yes, indeed, President Trump would be willing to shut down the government in order to assure Americans that he could deliver on his promised border wall.  The democrats, for what it’s worth, seized the opportunity to steamroll the President’s plans as part of their growing “resistance” schtick.

At this battle raged on, POTUS and Pelosi exchanged a series of barbs, disses, and dueling decrees, with Pelosi at one point believing that she could pull rank on the President by canceling his State of The Union address.

On Tuesday’s broadcast of the Fox News Channel’s “Hannity,” White House Press Secretary Sarah Huckabee Sanders stated that the president accepted House Speaker Nancy Pelosi’s (D-CA) earlier invitation to give the State of the Union in front of the House and “we’re moving forward until something changes on that front.”

Sanders said, “Nancy Pelosi invited the president. He accepted. She cited security concerns as a potential reason to delay that. The United States Secret Service and DHS have addressed those concerns. And we’re moving forward until something changes on that front.”

The confusing turn of events comes just weeks after the President delivers his first televised address from the Oval Office – an event that several prominent networks publicly declared a plan to disregard the speech.

In the end, these mainstream sources came to their senses, however….Just as Pelosi has here.