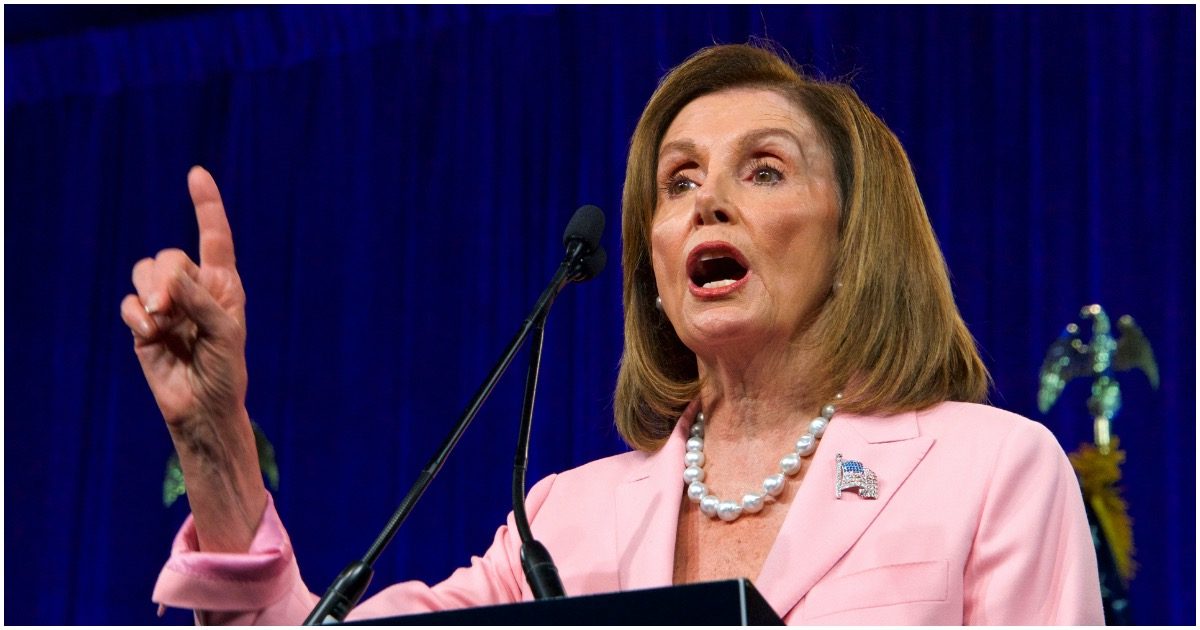 After watching Nancy Pelosi tearing up the President’s State of the Union Speech, it would seem she couldn’t sink any lower or produce a better show of complete hypocrisy. She has overshadowed her own best act of puerility along with the House majority, in what may be the greatest act of political skullduggery in decades.

The hypocrisy of pretending to act to save the lives of Americans while trying to find loopholes in the Hyde Amendment, which would take the lives of other Americans, goes beyond generic pharisaicalism.

The Trump administration has not been fooled by the clumsy attempt to pay Peter at the expense of Paul.

Wow… @kasie just reported that Republicans' objections to the House Democrats' emergency coronavirus bill include issues related to abortion. What does that have to do with COVID19…?

It seems that the democrats are not going to let an encroaching deadly pandemic get in the way of sneaking in some money for the death of those useless, unborn, perfectly healthy human beings in a mother’s womb.

Along with the new test kits for covid-19, perhaps, we can find some brain tests for the democrats – or would it be a test to find a heart or a soul?

President Trump signed the $8.3 billion funding bill with a whopping bi-partisan vote. The bill passed in the House 415-2 and it then sailed through the Senate 96-1.

It is well known that Pelosi has long been an opponent of the Hyde Amendment but trying to slip this in at a time of emergency says more about her than anything she has ever done.

— $826 million for developing coronavirus vaccines, treatments and tests. FDA is set to receive $61 million to speed review of those new therapies and handle potential drug and device shortages.

— $300 million to purchase vaccines and treatments once they’re approved. The language is a win for Republicans and the drug industry, which had balked at Democrats’ initial demand for penalizing drug makers if their medication prices are deemed too high.

— $950 million in grants to states and localities. The legislation mandates that half that sum be paid out within 30 days — a bid to alleviate the stress on front-line health departments.

— $3.1 billion in part to buy medical supplies. Congress wants to beef up the Strategic National Stockpile, which represents the nation’s largest repository of emergency treatments, and other resources for vaccine development and hospital preparedness.

The Examiner added,” Several White House officials have accused House Speaker Nancy Pelosi of trying to slip in an exception for the Hyde Amendment into a coronavirus stimulus bill.

The officials said Thursday that Pelosi tried to negotiate a provision that would have created a “slush fund” with access for groups previously banned from receiving funds under the Hyde Amendment, according to the Daily Caller.”

Pelosi and the democrats tell of protecting women but their pharisaic antics disregard the pile of sixty million little humans, violently aborted, whose bones would create a mountain for the whole world to see.

This is what Christ said to the pharisees of his day. Whose tally of dead men’s bones is dwarfed by our own.

“Woe unto you, scribes and Pharisees, hypocrites! for ye are like unto whited sepulchres, which indeed appear beautiful outward, but are within full of dead men’s bones, and of all uncleanness. Even so ye also outwardly appear righteous unto men, but within ye are full of hypocrisy and iniquity.” (Mt 23: 27-28)

As for Nancy Pelosi and the gang of democrats – if the shoe fits – wear it.

Coronavirus, the Economy and the Great Eschaton – Fair Warning

Is America Seeking the Economic High Ground from the Moral Low Ground?

Biden: I Can’t Get It Done ‘For Another Two Year…Between Now & November…Actually January’