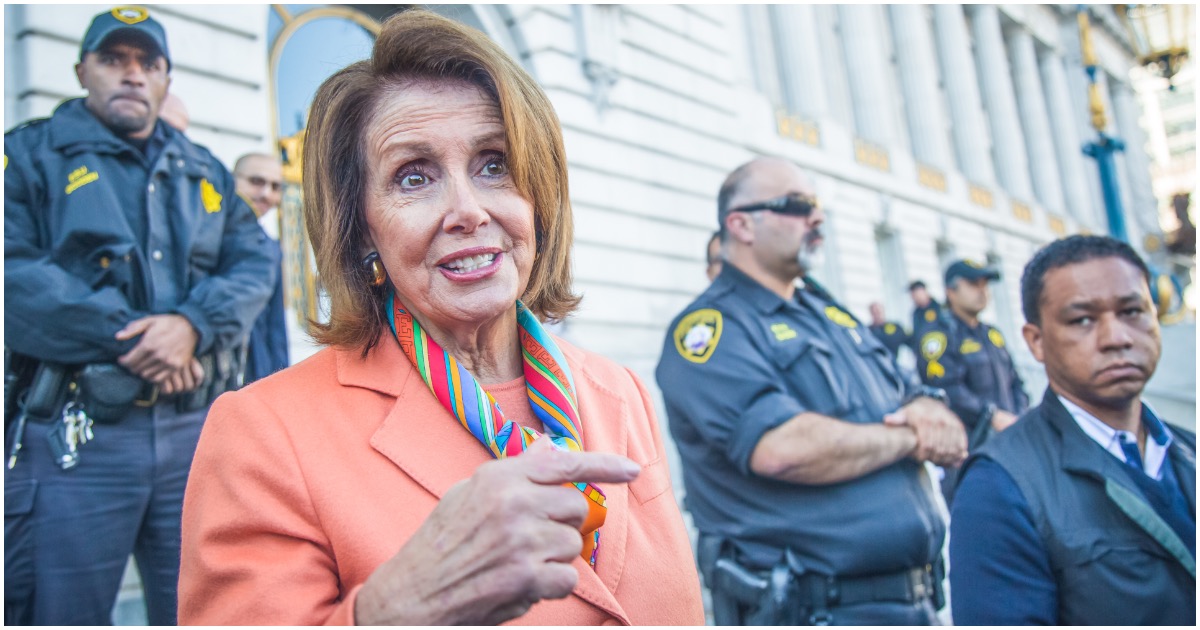 Speaker Nancy Pelosi has made it clear that she wants Donald Trump out of office.

And yet, she does not want him impeached.

I’d imagine this makes Ocasio-Cortez and every liberal in America very, very angry.

House Speaker Nancy Pelosi said in an interview published on Monday that it would be a mistake to impeach President Donald Trump because the move would be too “divisive” and was “just not worth it.”

“I’m not for impeachment,” Pelosi told The Washington Post. “This is news. I’m going to give you some news right now because I haven’t said this to any press person before. But since you asked, and I’ve been thinking about this: Impeachment is so divisive to the country that unless there’s something so compelling and overwhelming and bipartisan, I don’t think we should go down that path, because it divides the country. And he’s just not worth it.”

Pelosi later added: “I don’t think he’s fit to be president of the United States.”

Pelosi claims to be Catholic. Of course, being Catholic and pro-choice don’t exactly vibe so that’s kind of a major issue.

During a recent speech, the California Democrat recited her favorite Biblical quote.

She then admitted she couldn’t “find it in the Bible.”

She said, “I believe, as many of us do — certainly in this room — that we’re all God’s children. There’s a spark of divinity that exists inside of each of us. Our immigrants, at the border, in each of us, including ourselves.”

“And we have an obligation to treat people with respect, but we have a responsibility with that spark of our own to act upon it.”

“When I was hungry, you didn’t feed me. See, because at that day, God separates the — people.”

“And I can’t find it in the Bible, but I use— I quote it all the time. I keep reading and reading the Bible, I know it’s there someplace, it’s supposed to be in Isaiah.”

“But I heard a bishop say, to minister to the needs of God’s creation is an act of worship — to ignore those needs is to dishonor the God who made us.”

“It’s there somewhere in some words or another, but certainly the spirit of it is there.”