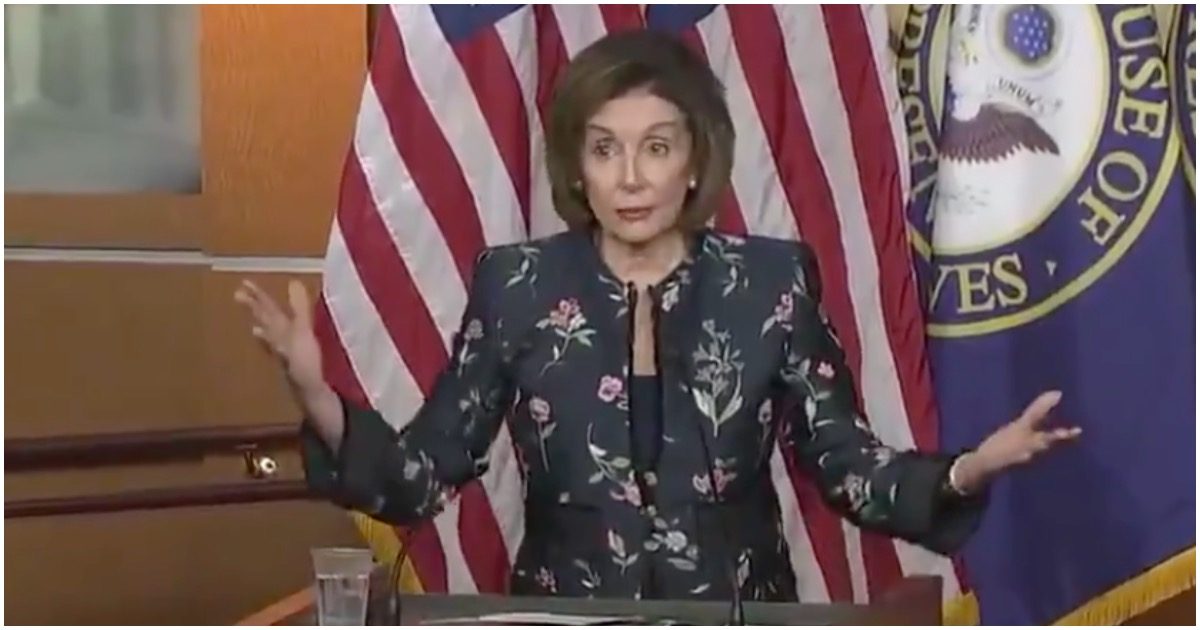 Speaker Nancy Pelosi said something very silly on Thursday afternoon. Go figure, right? It’s as if Democrats continually try to one up each other with the silly talk and nobody comes out a winner.

According to Nancy, even if the Senate votes to acquit President Trump, POTUS still “will not be acquitted.” What could that mean? Dems are set to impeach in the House again, already? What a headache.

ICYMI: Schiff Admits Trump’s Impeachment Is About Stopping Him From Winning Re-Election