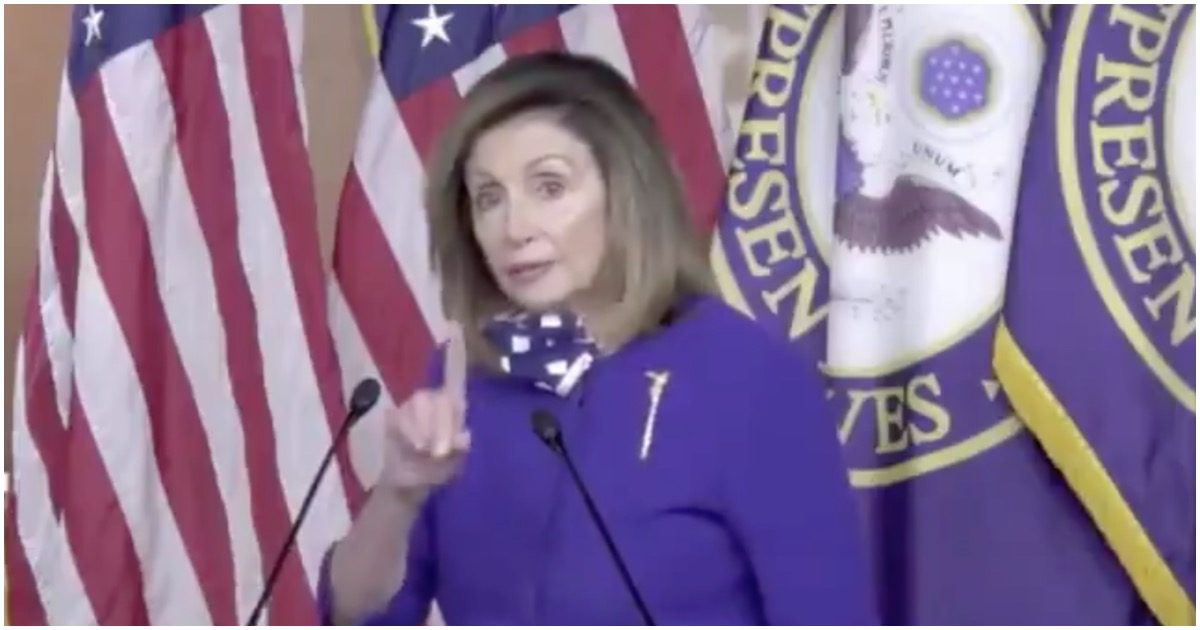 Think about it. Why would Nancy Pelosi not want to put “vote-by-mail” in a separate bill from a COVID-19 relief bill? Could it be because time is running out and the election is right around the corner?

In other words, the Speaker and her ilk are scared. They know Joe Biden doesn’t have what it takes to be POTUS, but they’re willing to win by any means necessary so they can inflict more damage on the country.

Pelosi shouts “NO” 11 times after she’s asked to put vote-by-mail in a separate bill from economic relief: pic.twitter.com/0WyOVzZrUk