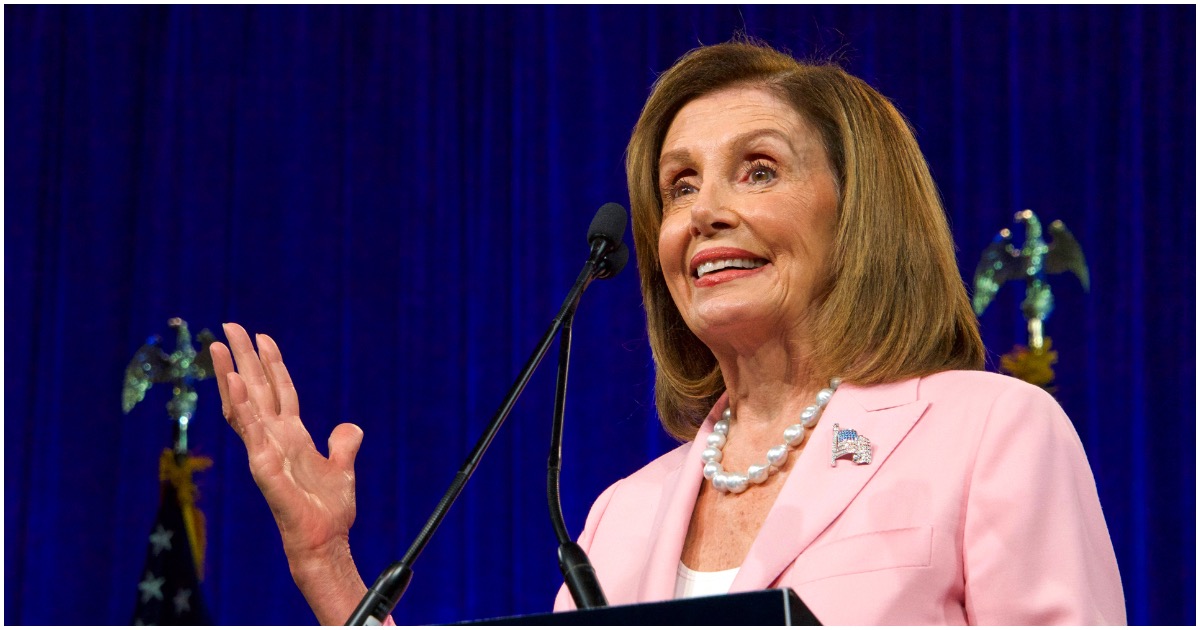 It’s as if Democrats wake up on the wrong side of the bed each and every morning. They always have an axe to grind against President Trump, no matter how well the economy is doing.

Nothing matters to the left other than killing 45’s presidency. They’ve tried hard. Very hard. But they don’t seem to realize that the harder they try, the more they’re pushing voters straight into Trump’s arms.

So, keep it up! At the rate things are going with all this impeachment nonsense, POTUS will win 2020 in a landslide. It will look like 1984 all over again. And nobody will wear a bigger smile than Trump, himself.

Check out the latest from Pelosi…

Speaker Nancy Pelosi’s (D-Calif.) office on Monday released a “fact sheet” laying out what Democrats believe is their most compelling evidence to date against President Trump in their investigation of the president’s efforts to pressure the Ukrainian government to investigate a domestic political rival.

Pelosi screeched, “President Trump has betrayed his oath of office, betrayed our national security and betrayed the integrity of our elections for his own personal political gain.”

The four-page document divides the narrative into three categories: the “shakedown,” “the pressure campaign” and “the cover up.”

The document first cites the rough transcript released by the White House last month of the July 25 call between Trump and Ukrainian President Volodymyr Zelensky. In that call, Trump told Zelensky that he would have his personal lawyer, Rudy Giuliani, and Attorney General William Barr reach out to “get to the bottom” of “a lot of talk” about the business dealings of former Vice President Joe Biden’s son Hunter Biden.

If Nancy were perhaps any other member of Congress, there would be calls for her resignation. And yet, the California Democrat gets a pass – despite hardly being able to speak eloquently in public.