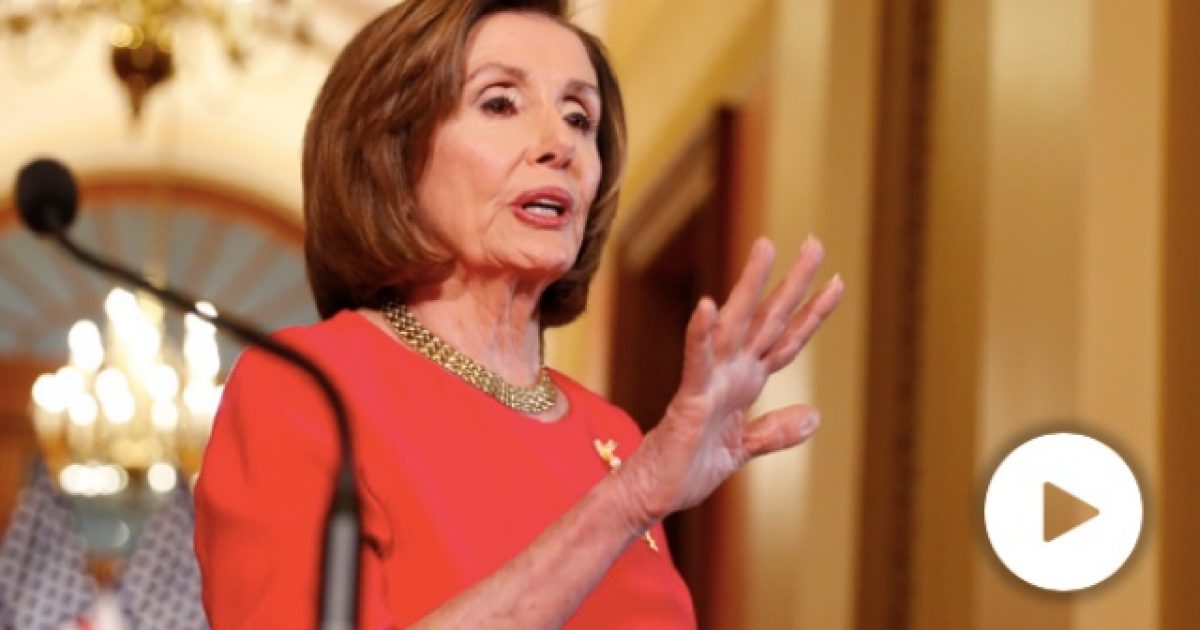 House Speaker Nancy Pelosi indicated that she might be tossing her support behind the Senate’s new trillion dollar coronavirus stimulus package after taking action to sabotage the original one in an attempt to get some rather radical progressive projects attached to it.

The move by House Democrats to prevent the bill from passing isn’t exactly surprising when you understand the left-wing strategy of never allowing a crisis to go to waste. Pelosi saw an opportunity to take advantage of the suffering of others to get some junk added to the legislation designed to further their own agenda.

Really shows you how much they care for the “little people,” doesn’t it?

Here’s more on Pelosi’s support for the new bill via Fox News:

The statement came as draft text of the sprawling, $2 trillion plan emerged, with the Senate barreling toward a likely vote sometime Wednesday after two failed attempts on the original version of the legislation earlier in the week.

Senate lawmakers and Trump administration officials negotiated late into the night to reach a deal. But even if it passes the upper chamber, support in the Democrat-controlled House is key. Pelosi had scrambled talks by pursuing a separate House bill that contained provisions Republicans decried as extraneous and political in nature.

In a written statement, Pelosi indicated, however, she is open to the latest Senate version.

“America is facing a grave health crisis with a serious impact on our economy. I salute the strong leadership of Chuck Schumer and Senate Democrats,” she said Wednesday. “I especially thank our House Democratic Committee Chairmen, who worked hard to move the Republican proposal from corporations-focused to workers-first and who will now review the legislative text of this agreement with our Caucus.”

Pelosi said that the original Senate GOP bill was a “non-starter.”

“This bipartisan legislation takes us a long way down the road in meeting the needs of the American people,” she said.

The California representative went on to say that the new stimulus bill doesn’t go as far as the left wants it to go, but “due to the unity and insistence of Senate and House Democrats, the bill has moved a great deal closer to America’s workers.”

At this point, while this is an acknowledgement that things are on the right track toward getting this bill passed, we still don’t know for sure if other House Democrats will fully be on board and in support of passing the legislation.

It’s critical that relief be supplied to the American people as soon as possible in order to ease suffering and to prevent economic collapse, so hopefully everyone puts politics aside and gets this done.