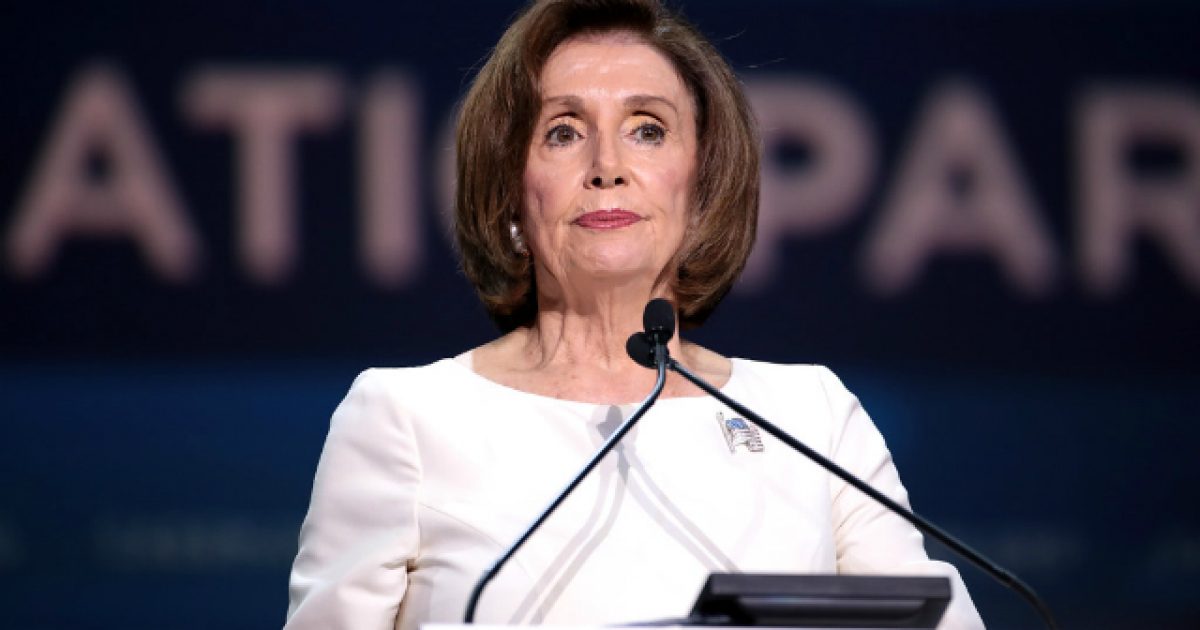 House Speaker Nancy Pelosi has been holding back on sending the articles of impeachment against President Trump, trying to get a quid pro quo from Republicans in the Senate by demanding they do a “fair trial” with witnesses and the whole deal.

The standoff has been going on for weeks now and has really strained Pelosi’s relationships with other Democrats who are eager to get this whole ordeal over with.

Well, according to Pelosi herself, she plans on sending over the articles of impeachment next week.

Pelosi, a California Democrat, will soon call up a vote on a resolution authorizing her to appoint Democratic lawmakers to serve as “impeachment managers” in the Senate trial, she told fellow Democrats Friday.

“I have asked Judiciary Committee Chairman Jerry Nadler to be prepared to bring to the Floor next week a resolution to appoint managers and transmit articles of impeachment to the Senate,” she wrote. “I will be consulting with you at our Tuesday House Democratic Caucus meeting on how we proceed further. ”

Those lawmakers will hand-deliver the articles to the Senate, and a trial is expected to begin almost immediately and could last several weeks.

The House passed two articles of impeachment against Trump with charges of abuse of power and obstruction of Congress, both related to a decision by the administration to withhold $391 million in security aid to Ukraine while trying to get their government to look into former Vice President Joe Biden.

Of course, that’s the charge, but there’s not a shred of evidence to support that particular accusation. But since when have facts ever been allowed to get in the way of the leftist narrative?