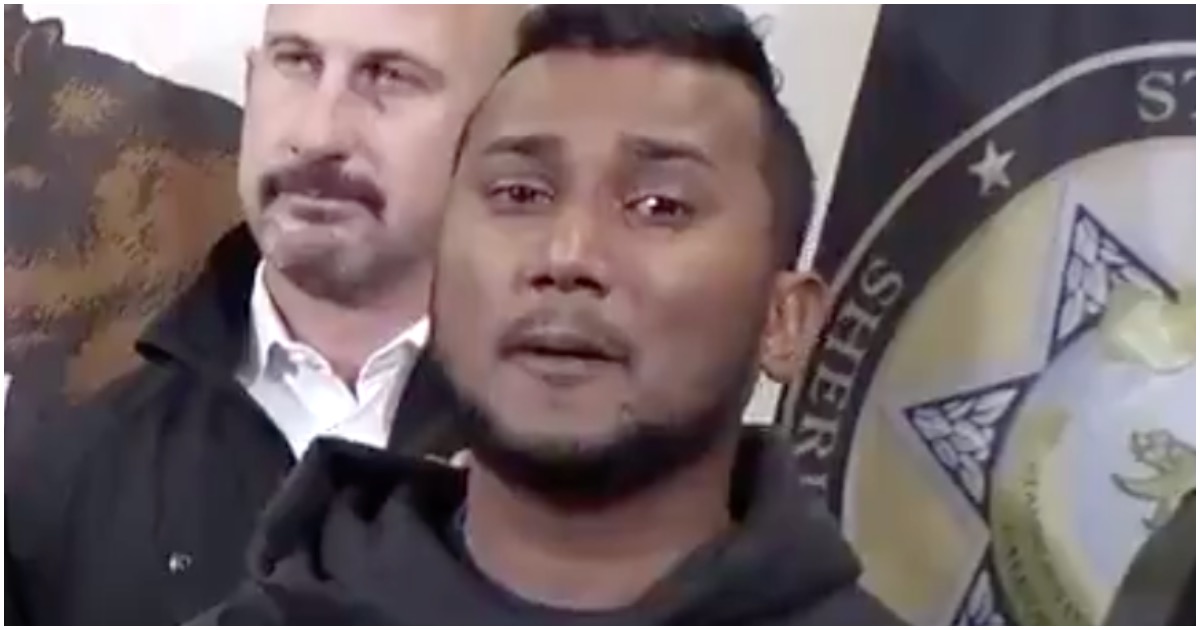 California Rep. Nancy Pelosi (D) was vacationing in Hawaii while all of this was going down, as Officer Singh’s brother cries his heart out at a press conference over his loss.

The illegal immigrant fugitive wanted in the murder of a California police officer is in custody Friday after being on the run for more than two days, Fox News confirms.

Police arrested the man — identified by the Stanislaus County Sheriff as Gustavo Perez Arriaga — near Bakersfield.

That’s about 280 miles southeast of Newman, where Police Cpl. Ronil Singh was gunned down early Wednesday.

What is it with the Golden State? Being a “sanctuary” isn’t enough?

Now, all illegals deserve the benefits from a system they never paid in to?