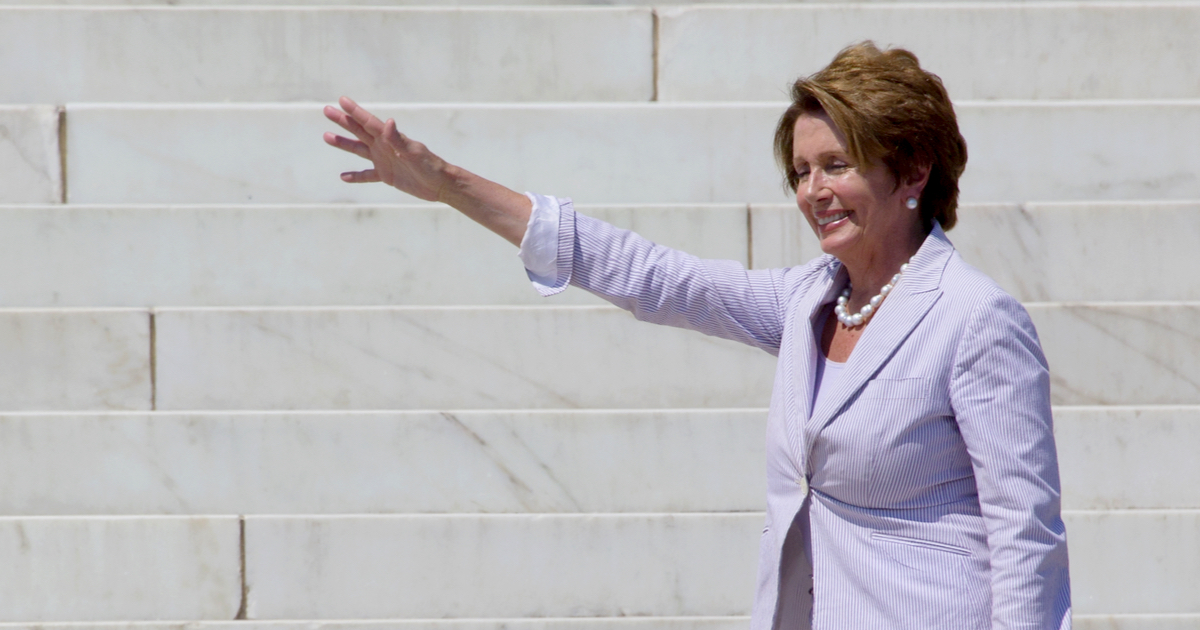 With the 2018 midterms just days away, the leadership of the democratic party has been scrambling to shake hands and kiss babies.

To deliver on the “blue wave” they promised, the democrats have been forced to work in the shadow of President Trump’s litany of successes.  The economy is roaring, and joblessness continues to trend downward, compounding the business advantages of the Trump tax plan.  Americans are happy, and the President has an approval rating that tops even liberal darling Barack Obama’s at a similar place in his first term.

In other words, the democrats are attempting to claw and scratch their way uphill, and they’re doing so by saying whatever will get them support in whatever room they happen to be in.

Such is the case with Nancy Pelosi, whose connection to an alleged Castro sympathizer drew the ire of the massive Cuban American population in Miami this week.

A campaign event in Coral Gables that was supposed to star Democratic Minority Leader Nancy Pelosi and Rep. Barbara Lee didn’t go as planned on Wednesday after protesters converged on the locale to let “Communista” Lee and company know how they felt about the congresswoman praising Fidel Castro.

“The crowd has grown,” she posted later. “They’re striking the door to the building where the event will take place. They’re also screaming ‘commie’ and calling the Democrats ‘witches.'”

One of the protesters, she wrote, is veteran who took part in the Bay of Pigs invasion. He told her he’s insulted that Democrats would invite Rep. Lee, who saidwe should all “stop, pause and mourn” Castro when he died. “I’m angry,” veteran Frank de Varona told Tavel.

Pelosi’s gaffes have gone beyond just this sort of tone-deaf political pageantry as well, with the career politician finding herself stumbling over words, phrase, and names in increasing frequency over the course of the last few months.

Rutgers Has Egg on Their Face for Cancelling Conservative Alum’s Speech. Here’s What They’re Saying Now.

Chicago Teen Posts an Image of a Toy Gun on Social Media. Overreaction or Justified Response? You Decide.