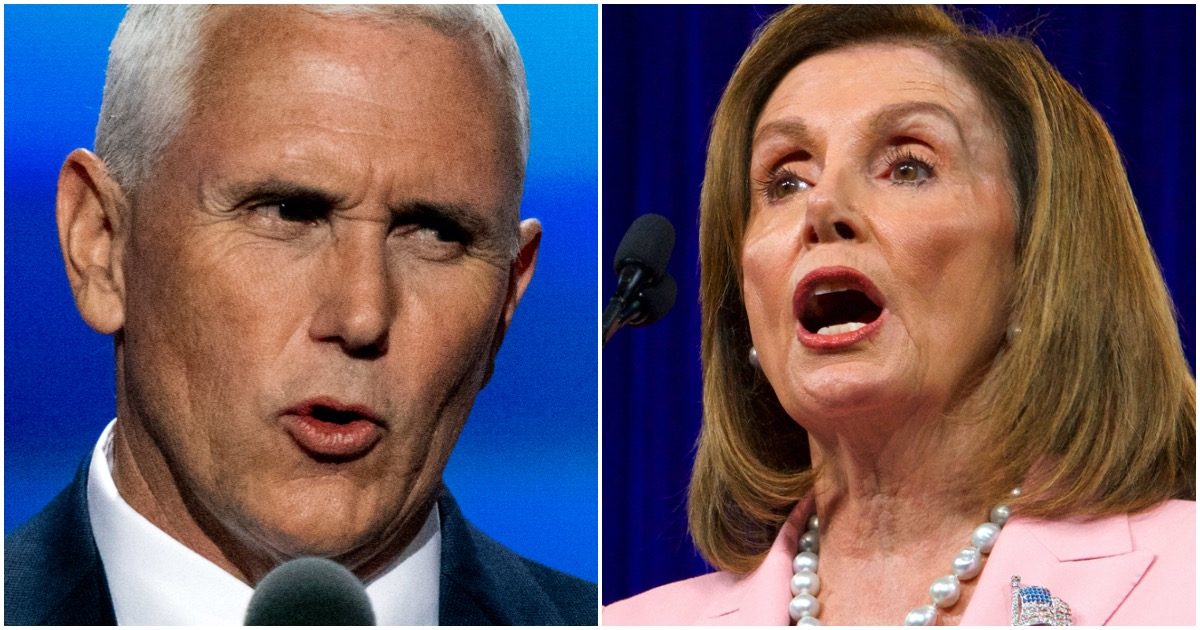 Nancy Pelosi (D-CA) has not lived up to her title as a leader. She proved that again, just the other day. Instead of answering a phone call from Vice President Mike Pence regarding Iranian missile attacks on American troops, Nancy decided to consciously blow him off.

She shouldn’t have done that and she knows it. But she’ll claim it’s because she had other responsibilities. Did she? Maybe. But probably not. At the end of the day, when the man one heartbeat away from the presidency calls, you answer.

It’s pretty much that simple.

In meeting tonight Speaker Pelosi was handed a note telling her VP Pence was on the phone.

“Tell him I’ll call him back,” she said according to sources in room, noting she had to go open the House for new session.

Two minutes later, she was handed note about air base bombing.

Speaker Pelosi doesn't like it when the administration doesn't give her foreign policy updates. So VP Pence calls with word of Iran missile attack. 'Tell him I'll call him back,' Pelosi says. From @danielchaitin7 https://t.co/OpXQ88xIeg

During a meeting tonight, House Speaker Pelosi was discussing the situation in Iran with members when she was handed a note with news of the attack on US forces in Iraq, lawmakers who attended the meeting said.

Closely monitoring the situation following bombings targeting U.S. troops in Iraq. We must ensure the safety of our servicemembers, including ending needless provocations from the Administration and demanding that Iran cease its violence. America & world cannot afford war.

The California Democrat was participating in a closed-door meeting with the Democratic caucus Tuesday evening when she received a note that said Vice President Mike Pence was on the phone.

“Tell him I’ll call him back,” Pelosi said, sources told a Politico reporter. Pelosi mentioned she had to open the House for a new session.

US military official & sr admin official tell @rabrowne75 and @PamelaBrownCNN that the *initial* assessment is that the Iranian missiles struck areas of the al-Asad base not populated by Americans though US is awaiting daylight to get a full assessment. Iraqi casualties reported.

Before POTUS met with national security team people, here’s some stuff that was mentioned…

IRGC reporting that a 2nd wave of missiles has been launched.

Another footage shows the Iranian missiles hit the Ayn al-Assad base in #Iraq.
It seems the #US base there turned into ashes!#HardRevenge #SevereRevange #Iran #IRGC pic.twitter.com/aIToLMSew2

No US casualties reported yet, says US official. A total of 15 Iranian missiles hit al Asad and Irbil. 10 struck al Asad and only 1 hit Irbil. 4 blew up in flight. US was tracking the launches and personnel at the bases had advanced warning, giving them time to take cover.

Iran making threats of mass escalation. To attack more bases in Iraq. To unleash Hezbollah. To unleash shiite militias in Iraq. To attack Israel and Dubai. Making it clear it is ready for a widespead campaign if this escalates further with a US response.

Ultimately, don’t sleep on this Iran story. It could be a very big deal that may or may not cost Trump the 2020 election. No joke.