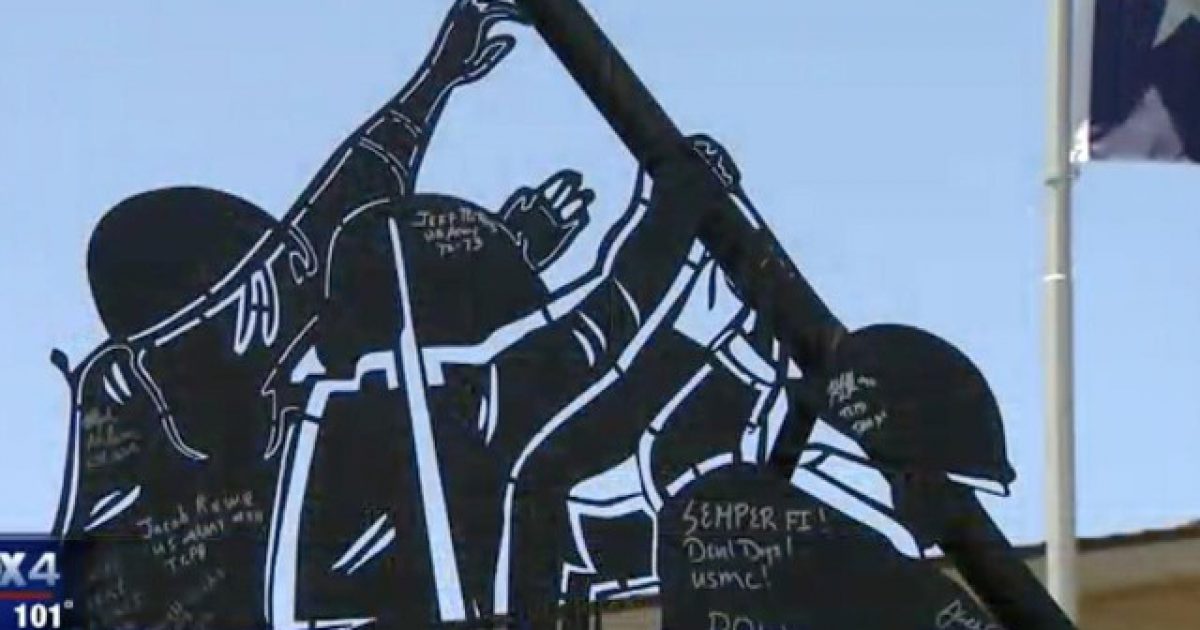 A family located in a North Texas community is attracting lots of visitors to their home, thanks to a beautifully well done recreation of the Iwo Jima Memorial that was handmade from steel.

The piece was created by Tim Hall, a man who owns a sign company, who came up with the re-create the memorial from 12-gauge steel from his company. The project was carried out by Hall, his son Clint, and several friends.

“I was like, alright, let’s do it,” Clint Hall said of his dad’s idea.

Tim Hall has dubbed the piece “Tribute re-creation.” It was intended to help bring The Colony’s community members together, but it’s drawing people from miles away. The Colony is about 25 miles north of Dallas.

People who were once strangers are quickly becoming friends at the memorial dedicated to military service members and first responders — past and present.

“It is important to remember what other people do for you,” Tim Hall, who never served in the military, said.

Many of the memorial’s visitors are moved to share stories about their service.

“Just hearing the stories” of the veterans who’ve stopped by to catch a glimpse of the statue has impacted Tim Hall.

This is a really awesome, cool tribute to the soldiers who fought and died for the liberty we enjoy on a daily basis. It serves as a much needed reminder that freedom isn’t free, that men and women have shed their blood in order for us to have the liberty we have and we owe it to them to preserve their memory and tell their story.

If you are looking for a great way to teach your kids about American history, the story of Iwo Jima — or anything from World War II really — is an amazing tale they won’t soon forget.