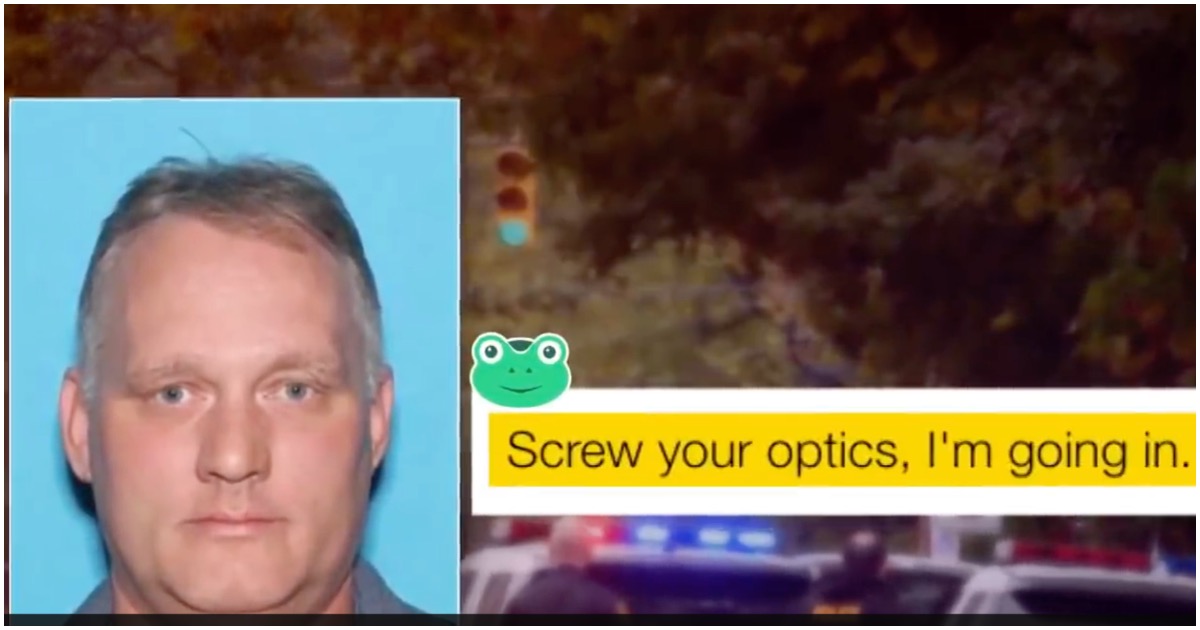 Robert Bowers is the noted anti-Semite who murdered 11 innocent Jews in a Pittsburgh synagogue.

The people who saved Bowers’ life after the police took him down all have one very important thing in common he would absolutely hate.

Jewish doctors and nurses at Allegheny General Hospital in Pittsburgh put their personal feelings aside to help save the life of the man who allegedly claimed he wanted to “kill all the Jews” as he opened fire at a synagogue and murdered 11 worshipers.

If this isn’t ironic then nothing ever will be.

Robert Bowers, 46, was shot multiple times himself and taken to AGH. In addition to killing eight men and three women, he wounded six other people, including four police officers, before surrendering Saturday.

“He was taken to my hospital and he’s shouting, ‘I want to kill all the Jews’,” Dr. Jeffrey Cohen, president of Allegheny General Hospital and a member of the Tree of Life Synagogue, told ABC. “The first three people who took care of him were Jewish.”

Today, she is sticking by her words.

Obama Mocks GOP for Putting Kids In ‘Pens,’ But There’s One HUGE Problem