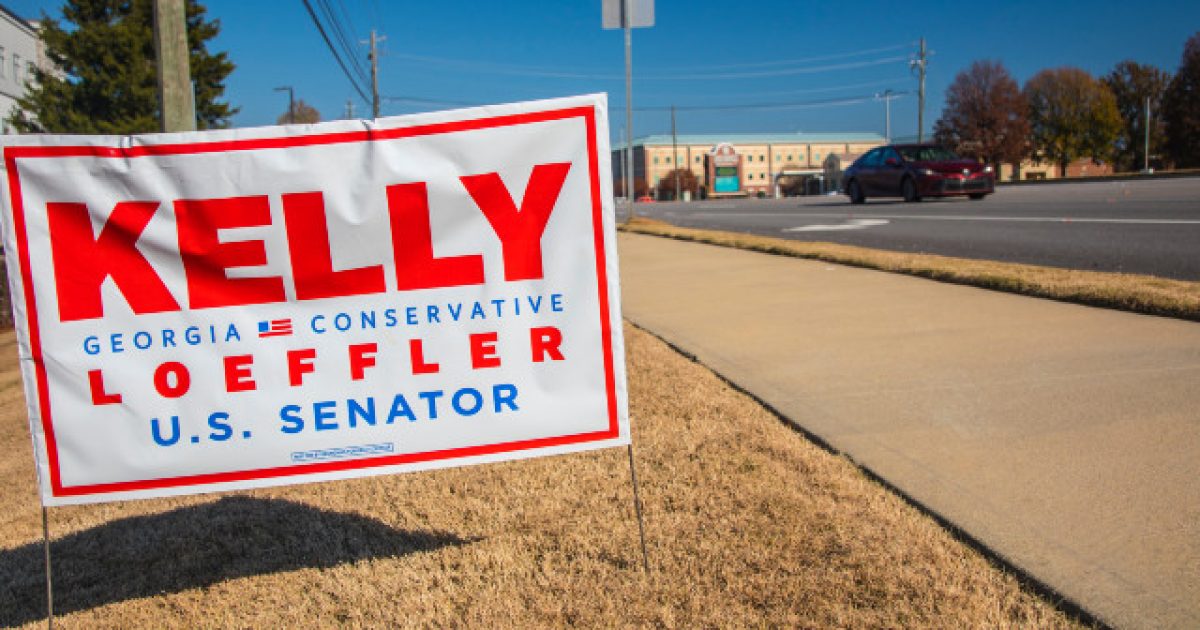 Brand new polling out of the state of Georgia shows that both of the GOP incumbents in the Senate runoff races have now taken the edge, causing many to believe that they will likely pull out a victory come January.

The polling, which comes from Emerson College Polling, reveals there’s very little “crossover” voting by partisans, which means that voters in the state are pretty much already firm in their choices.

As of now, both Sens. David Perdue and Kelly Loeffler lead opponents Jon Ossoff and Raphael Warnock 51 percent to 48 percent. The three point margin is within the margin of error.

According to the poll analysis, “Spencer Kimball, Director of Emerson College Polling, concludes that ‘the data revealed there is little crossover support, which suggests one party should win both seats.’”

Also, early voting intentions are split, while voting day intentions are all GOP. Said the analysis, “Those planning on voting early are split, with Perdue and Ossoff each receiving 49%. In the other contested election, Warnock is at 50% with Loeffler at 49%. Sixty-one percent (61%) of those who have already voted break for Ossoff and Warnock, with 39% supporting the Republican candidates. Election day voters are breaking for the Republicans, with 68% support for Perdue and 70% for Loeffler.”

Last week, Republican Indiana Sen. Todd Young, chairman of the National Republican Senatorial Committee, was upbeat about keeping up with Democrats in absentee voting, typically something the party lags on. “The initial signs are very positive,” said Young of the races of Sens. David Perdue and Kelly Loeffler.

This is really good news for Republicans, as it is now critical to ensure that conservatives maintain control of the Senate. With each passing day it seems more and more possible for Biden to be sitting in the White House.

If that should indeed happen, it’s important to ensure we have control over the Senate and prevent him from implementing a radical left-wing agenda for our country.

Dr. Fauci Urges Americans to Not Visit Their Children on Christmas Due to COVID-19