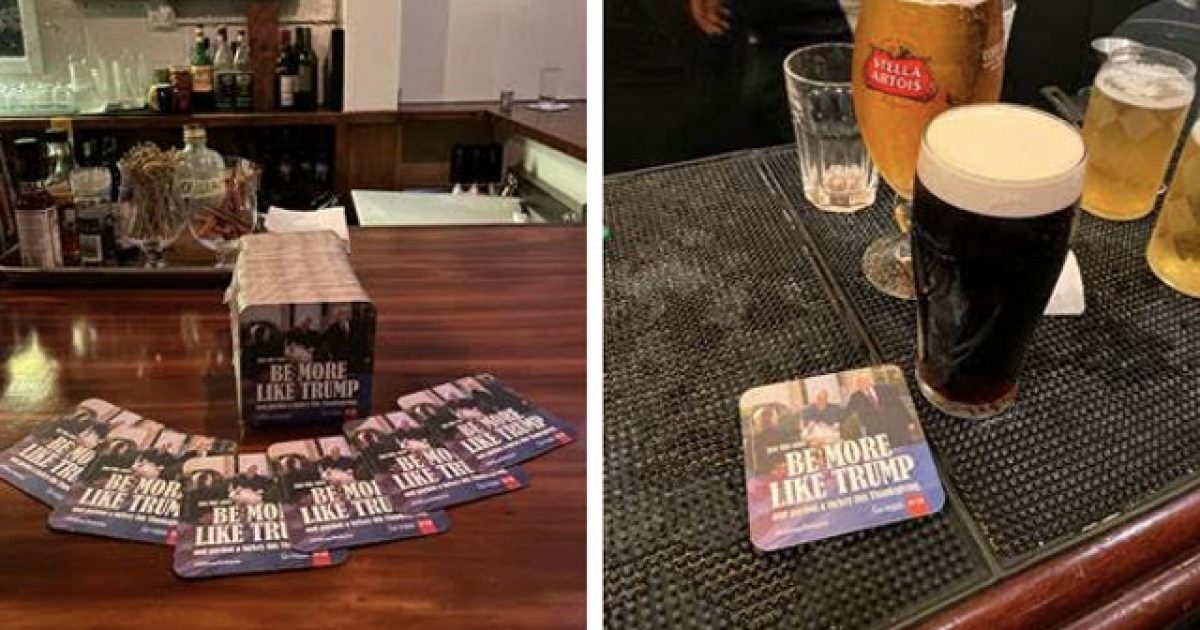 This might come as a complete and total shock, and well it should, but apparently the People for the Ethical Treatment of Animals are urging folks all across the country to be more like Trump and pardon a turkey this Thanksgiving.

PETA has put together a campaign that upholds Trump’s annual pardoning of two big dinner turkeys at Washington bars and a bus kiosk near Trump Tower in NYC.

Here’s the scoop via Washington Examiner:

PETA is pushing its campaign that herald’s Trump’s annual pardoning of two big dinner turkeys at Washington bars and a bus kiosk near his Trump Tower in New York City.

At the bars, PETA has distributed 25,000 coasters featuring its campaign slogan.

The group is hopeful that some members of the first family will again skip turkey for Thanksgiving.

Last year, Trump “pardoned peas and carrots” for his grandchildren — the offspring of Ivanka Trump and hubby Jared Kushner — and urged folks to have a vegetarian Thanksgiving.

“After watching their Grandpa pardon ‘Peas’ and ‘Carrots’ at the White House on Tuesday, Joseph and Arabella have sworn off turkey and are insisting on a vegetarian Thanksgiving! Gobble, gobble,” Ivanka said on Twitter.

PETA then sent her children a vegan care package.

PETA President Ingrid Newkirk said, “Turkeys don’t care what your political leanings are, but they’re rooting for everyone to join in this Thanksgiving and save millions of birds’ lives. Let’s vote for life and give thanks for all the delicious vegan holiday foods that offer the side benefit of good health.”