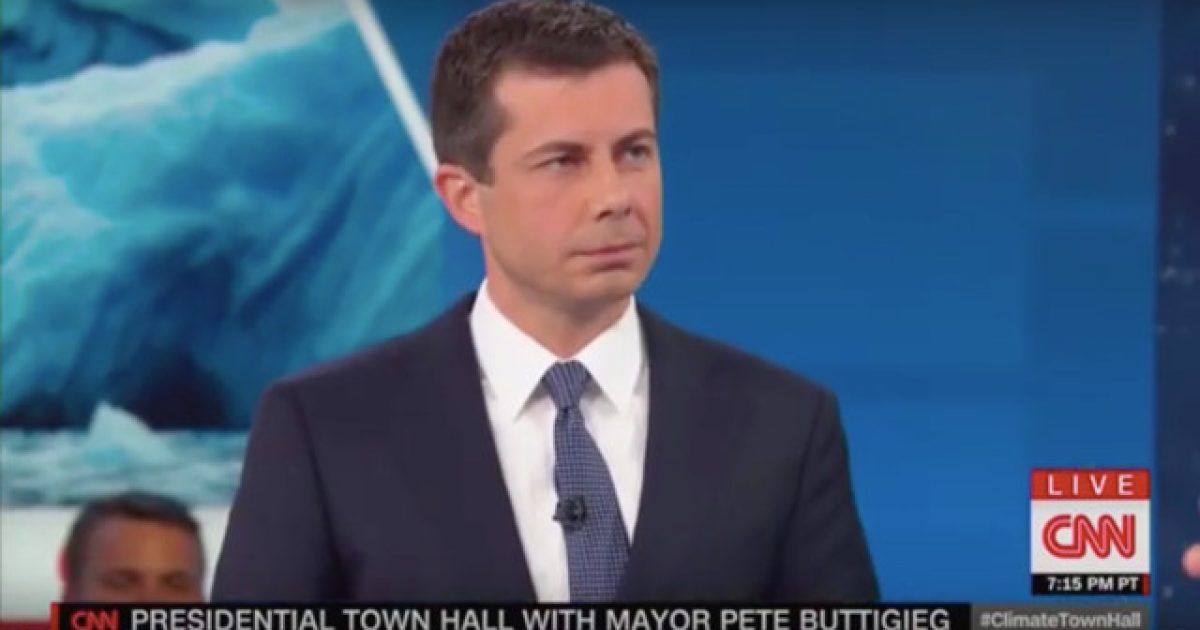 Okay, so you know how the Bible, in the book of Revelation warns folks about adding to or taking away from the Bible, the Holy Written Word of God? Apparently, Democratic presidential candidate Pete Buttigieg has never read that portion of Scripture.

During a town hall about climate change hosted on CNN, Buttigieg mentioned that skeptics of the science on this issue were committing a grave sin.

Guess we missed that one on our first read through.

“Let’s talk in language that is understood across the heartland about faith,” said Buttigieg, an openly gay presidential candidate.

“You know, if you believe that God is watching as poison is being belched into the air of creation, and people are being harmed by it ⁠— countries are at risk of vanishing in low-lying areas ⁠— what do you suppose God thinks of that?” he asked rhetorically.

“I bet He thinks it’s messed up,” Buttigieg answered.

Buttigieg also brought up how not caring about climate change is also an issue of not loving your neighbor.

“Not to mention taking care of our neighbor. Eventually it gets to the point where this is less and less about the planet as an abstract thing, and more and more about specific people suffering specific harm because of what we’re doing right now,” Buttigieg said.

You know what else God hates, Mr. Buttigieg? People who twist up the meaning of His Word and add their own manmade ridiculousness to it, like the denial of climate change.

Make no mistake. God will not be mocked. Those who twist His Word are in danger of judgment, in this life and the next. All of us will have to stand before Him and give an account for our lives and what we’ve done with His Son and His Word.

Hopefully, Buttigieg will have someone near him who will share the gospel with him and we’ll get to see him repent and follow Christ, avoiding the wrath to come.