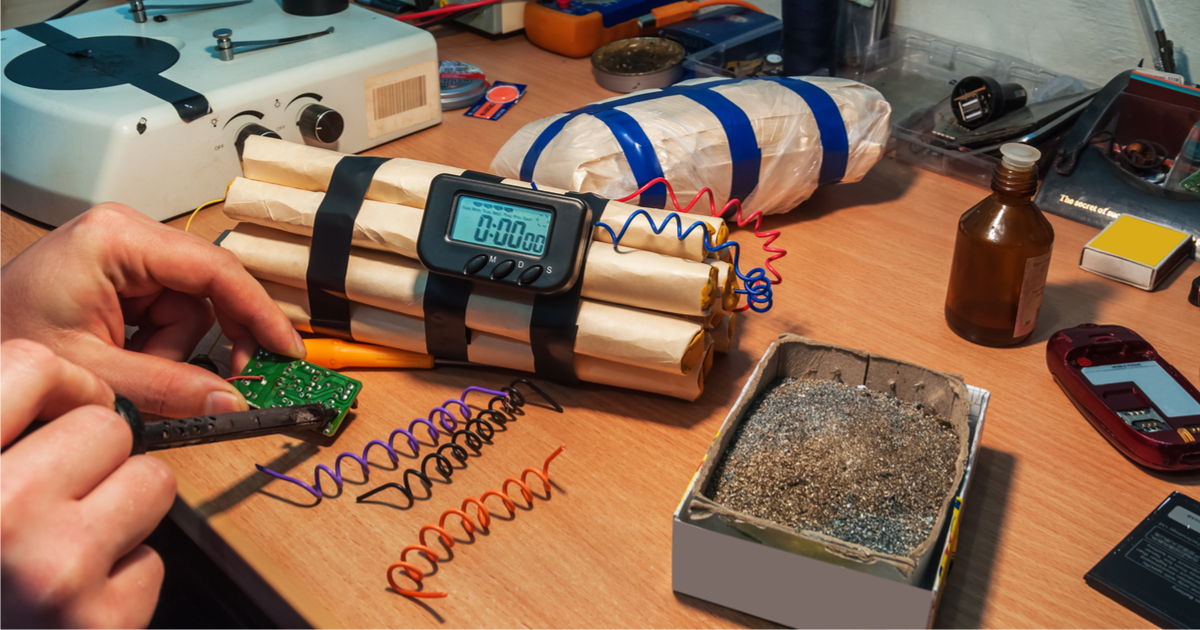 With our nation already on edge due to the our severely raucous political climate, there are sure to be some Americans out there cracking under the stress.

We have seen a number of violent individuals lashing out at society at large over the course of the last few years, with mass shooting, heinous terror sprees, and at least two serial bombers.  Now, in the great State of Arizona, residents are on edge once again as a mysterious series of explosions have rocked the city and the suburbs.

It’s been nearly two months since the random explosions started going off, and Phoenix Police and their bomb squad are actively investigating. In addition, the photo of a white pickup that is being called a “vehicle of interest” has been release. However, no arrests have been made, and no suspect or suspects have been identified.

The bomber doesn’t seem to be staying put either.

The latest incidents happened over the weekend, at a neighborhood several miles south of the previous blasts. Residents report similar experiences to previous incidents: a loud boom, a flash of light, nu no damage, and no trace of what blew up.

And resident were sure that these were explosions.

“It shook the walls. The window was shaking. It was intense and powerful,” said one woman, who did not want to be identified because she is worried someone is loose in her neighborhood, maliciously blowing things up.

“I’ve shot ARs, handguns, different types of calibers. It was definitely not a gunshot by any means, and after I saw the camera and I saw the explosion, it has to be something. Some kind of explosive,” said the woman.

As of now, police do not have a suspect, but they have identified a vehicle that they believe may be involved in the incidents.

Michael Flynn Gets Tongue Lashing from Judge as Sentencing DELAYED