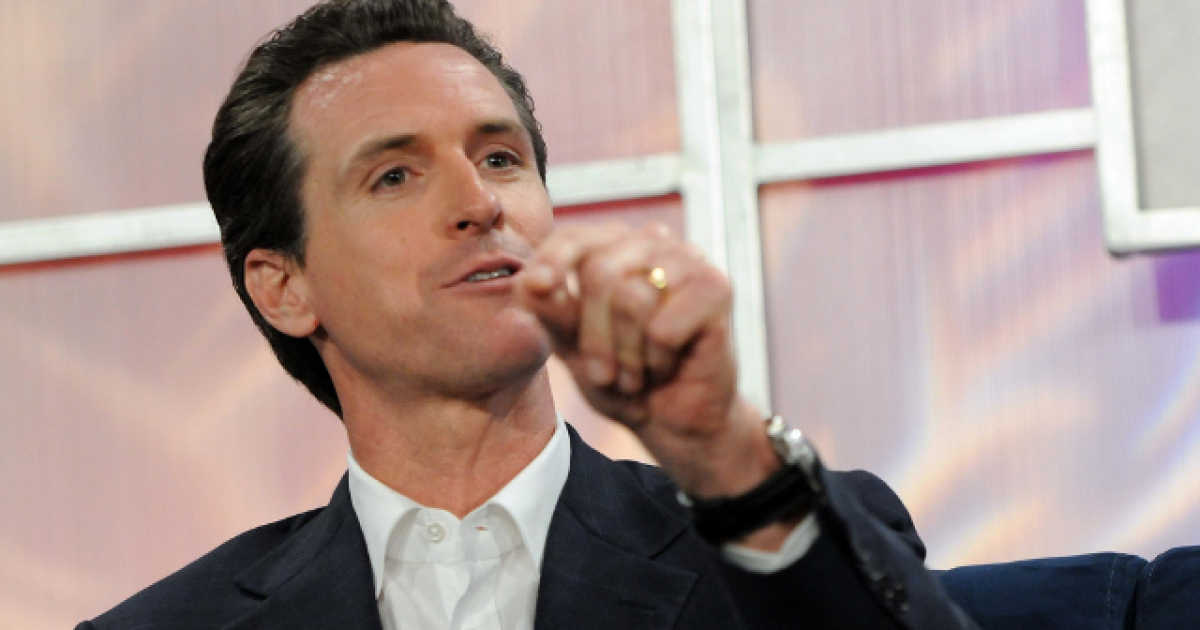 Hypocrisy has always been the name of the game when it comes to radical liberals, and this is a truth that has been put on full display ever since the beginning of the coronavirus pandemic.

The latest example of this comes from new reports from FOX 11 News out of Los Angeles that say they have exclusive photos of Democratic Gov. Gavin Newsom “allegedly eating at the French Laundry restaurant” in Napa Valley earlier in the month that show him failing to comply with the mandatory health guidelines put out by the California Department of Public Health.

The images were allegedly provided by a woman who is unidentified, who says she was at the fancy restaurant on the evening of November 6 when Newsom showed up ignoring all COVID-19 protocols.

EXCLUSIVE: We've obtained photos of Governor Gavin Newsom at the Napa dinner party he's in hot water over. The photos call into question just how outdoors the dinner was. A witness who took photos tells us his group was so loud, the sliding doors had to be closed. 10pm on @FOXLA pic.twitter.com/gtOVEwa864

“It was a very large group of people, shoulder to shoulder, something he’s always telling us not to do,” the woman told FOX during a telephone interview. “It was a bit annoying, for sure.”

The governor has faced harsh criticism after a report published by the San Francisco Chronicle last week revealed he had attended the dinner party that “brought together at least 12 people to celebrate the 50th birthday of Jason Kinney,” described as a lobbyist and “longtime friend and political adviser to Newsom.” State guidelines at the time prohibited social gatherings that included more than three households and have since become even more restrictive. “Representatives for Kinney and Newsom declined to specify how many households the diners represented, but did not dispute that it was more than three,” the report said.

When Newsom apologized for making “a bad mistake” on Monday, he described the dinner as taking place at an “outdoor restaurant” in a county that, on Nov. 6, imposed “relatively loose” restrictions.

The report from the FOX local news station shows that this isn’t the case. The photographs indicate that the dinner was held mostly indoors with the sliding glass doors opened to allow air circulation.

Another anonymous source says the sliding doors were shut at one point due to noise complaints about the group.

A spokesman for Mr. Kinney released a statement noting the guests and the establishment itself followed all of the state and county public health guidance. According to the statement, the group required outdoor seating, and where they were seated is considered outdoor seating.

Newsom’s office then told FOX 11 to look at the previous apology issued by the governor on the matter.

“As soon as I sat down at the outside table, I realized it was a larger group than I had anticipated,” Newsom stated. “Instead of sitting down, I should have stood up and walked back to my car and drove back to my house.”

“The spirit of what I’m preaching all of the time was contradicted, and I’ve got to own that,” the governor added. “I need to preach and practice, not just preach and not practice. And I’ve done my best to do that. We’re all human; we all fall short sometimes.”

Folks, if this coronavirus nonsense didn’t already feel like a farce, this sort of behavior by our leaders should push things over the edge.