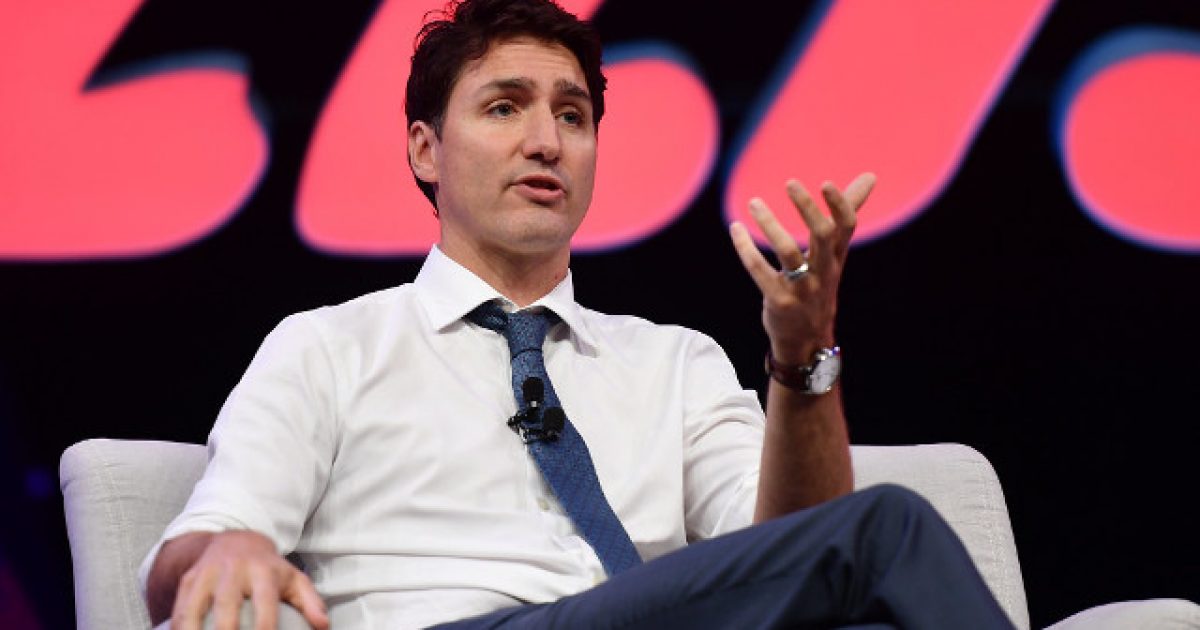 One of the most enigmatic political figures in the world is without a doubt Canadian Prime Minister Justin Trudeau, a super liberal and progressive fellow who has swept the world with his youth, charisma, and charm.

But it seems those days might be over, thanks to a bunch of party photos from 2001 that have resurfaced, showing Trudeau rocking blackface during his time at a private school where he was teaching.

Oh, but that’s not bad enough. Trudeau has actually admitted to wearing blackface on multiple occasions.

“The photograph has not been previously reported. The picture was taken at an ‘Arabian Nights’-themed gala. It shows Trudeau, then the 29-year-old son of the late former Prime Minister Pierre Trudeau, wearing a turban and robes with his face, neck and hands completely darkened,” TIME reported. “The photograph appears in the 2000-2001 yearbook of West Point Grey Academy, a private day school where Trudeau was a teacher.”

TIME received a copy of the yearbook earlier this month from Vancouver businessman Michael Adamson, “who was part of the West Point Grey Academy community” and “felt [the photo] should be made public.”

Zita Astravas, who works in media relations in Liberal Party of Canada, which Trudeau is the leader of, confirmed that Trudeau was the person in the photo wearing blackface: “It was a photo taken while he was teaching in Vancouver, at the school’s annual dinner which had a costume theme of ‘Arabian Nights.’ He attended with friends and colleagues dressed as a character from Aladdin.”

Trudeau spoke with reporters during a press conference not long after the TIME report broke, where he admitted to donning blackface more than once, then dodged questions about whether or not he would resign amid the scandal.

Trudeau said, “I stand here before Canadians as I will throughout this campaign and talk about the work we have to do to make a better country together. And I am going to continue to stay focused on that and continue to work to fight intolerance and discrimination, even though obviously I made a mistake in the past.”

“I shouldn’t have done it. I should have known better, but I didn’t,” Trudeau went on. “And I’m really sorry.”

Trudeau detailed another time he wore blackface, stating “When I was in high school I dressed up at a talent show and sang ‘Day O’ with makeup on.”

The question here is whether or not folks in the progressive movement will demand he step down from office, or if they’ll try to downplay the incident since he’s a key figure in their movement.

If I had to put money down on it, I’d say they’ll probably either be completely silent on the whole thing and pretend like it’s not happening or make excuses to overlook such a “youthful indiscretion.”

Of course, this kind of grace would never be extended to a conservative individual in a similar situation. He or she would be labeled a racist and their life and career destroyed.

Inconsistency is something liberals have come to be defined by as a movement.

Democrat Joe Manchin Burns Beto, Says ‘He’s Not Taking My Guns From Me’