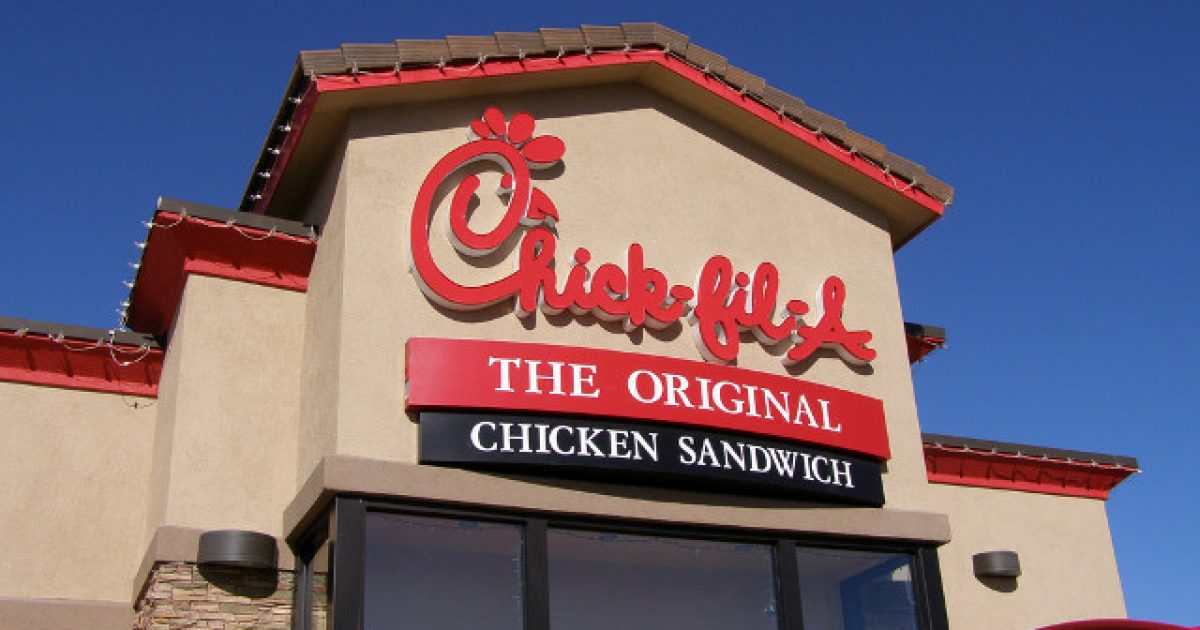 The city of Pittsburgh is not at all happy with Chick-fil-A, the world’s most popular restaurant chain, and is seeking to ban them from sponsoring a children’s event due to the fact the company’s leadership openly believes and supports traditional Christian values.

The Pittsburgh City Council signed a letter that’s requesting Dick’s Sporting Goods Pittsburgh Marathon to drop the restaurant as part of the Chick-fil-A Pittsburgh Kids Marathon. The event is a one mile run for children and their families. The letter has support from all nine council members.

“The leadership of Chick-Fil-A has openly and passionately promulgated hateful beliefs against the LGBTQIA+ community,” the letter reads. “Additionally, the company has financed organizations staunchly opposed to same-sex marriage and non-discrimination laws and other groups that equate ‘homosexual behavior and lifestyle’ with lawlessness and in opposition to the ‘the foundation of the family and the basic structure of human society.'”

The letter goes on to warn that Chick-fil-A’s “sponsorship of an event designed to encourage healthy living represents a significant setback” for the city’s desire to be a “more progressive and welcoming city,” asserting that the company’s inclusion will send a “wrong message” to LGBT children

Furthermore, Pittsburgh’s school board will vote on a resolution that would “forbid formal district participation in the race if Chick-fil-A remains affiliated with it,” reports LifeSiteNews. This move aligns with the school board previously approving a “Transgender and Gender Expansive Students” policy allowing children to use whatever pronouns they wish.

School solicitor Ira Weiss claims that Chick-fil-A has “several beliefs […] that are quite discriminatory and are quite inconsistent with the district’s policies regarding discrimination on the basis of gender, race, etc..”

A petition has also been posted at Action Network that calls for the ban of Chick-fil-A stating they are an “openly homophobic and transphobic business,” and that the sponsorship is an attempt to “normalize homophobia and transphobia for our children.”

Wait. Isn’t their whole agenda the normalization of homosexuality and transgenderism, both matters which are not only incongruent with the Christian worldview, but that of nature and science too? Weird.

Anyway, the Pittsburgh Marathon is not going to cave to the demands of the mob. Here’s what they had to say on the matter:

“We have and will continue to be accepting of any individual or family who wants to participate in our events,” the organizers said in a statement. “This partnership with Chick-fil-A will help us ensure even more children in southwestern Pennsylvania can learn and share in our love of running.”

The left may not want to admit it, but they are not as “tolerant” as they claim to be. What they really seem to desire is, hypocritically, to force their worldview on homosexuality down the throats of the average American — who still largely hold to traditional views of sexuality — and force them to accept something they don’t believe is right.

Liberals are willing to employ all sorts of unsavory tactics to try pressuring these individuals into conforming to their view of reality, especially that of shaming, which is what they are trying to do Chick-fil-A.

The Pittsburgh Marathon deserves all sorts of props for having the intestinal fortitude to stand against the onslaught of fake outrage.