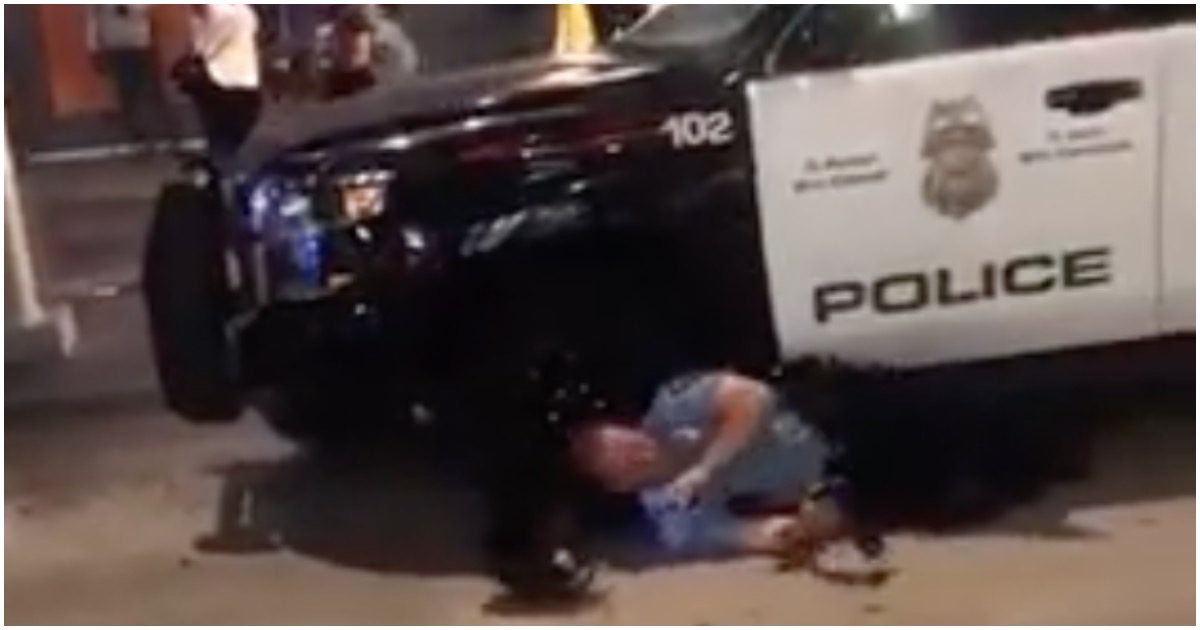 If President Trump is re-elected, Antifa and Black Lives Matter violence will continue. If Joe Biden and Kamala Harris take over the Executive Branch, the violence will still continue – with approval.

We’re living in crazy times, as we all know.

But to literally cheer when another human being is physically injured speaks volumes.

A Minneapolis cop is recovering after he was knocked down to the ground when an apparent looter threw a garbage can lid … hitting the cop squarely in the neck.

The incident went down Wednesday night as people flooded the streets following a false report of a fatal police shooting of a Black man … and just 3 months after George Floyd died there.

We know that billionaire communist George Soros is big into paying folks to be agitators like this, so the fact they might have come from out of town and been paid to stir up trouble would not be surprising in the least.

However, let’s keep in mind the true depravity of humanity, the broken sin nature that we all possess.

People are indeed capable of unspeakable acts of evil all on their own.

The question remains as to what we’re going to do about these mobs. This cannot be allowed to continue.

It’s time to arrest these individuals.

Send out military and police forces to quell the rioting. Stop defunding police and allow the cops to do their jobs.

Flashback: Pelosi On Live TV — Trump Won’t Be President Next Year ‘One Way or Another’