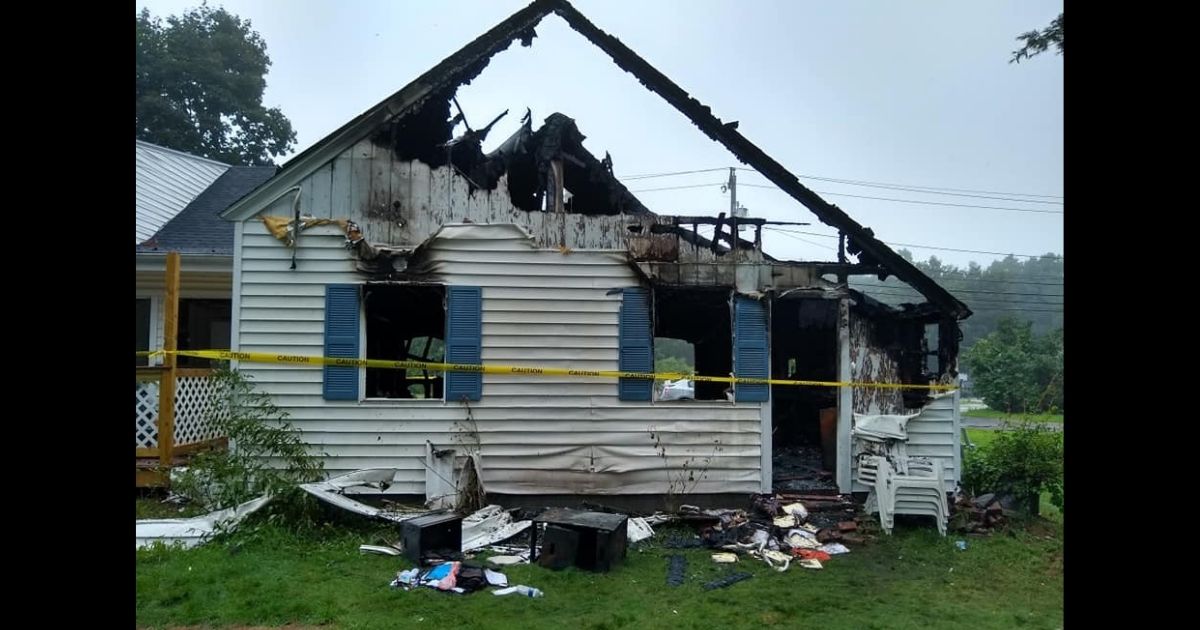 Frank Jolin is a full-time electrician, part-time cop and, after his actions this past weekend, a hero.

Mandy Leo of West Brookfield, Massachusetts, and her husband were out for the weekend, leaving their house in the care of her adult daughter and two of the daughter’s friends.

A storm rolled in early Sunday morning, attended by lightning and thunder. At around 4 a.m., a neighbor noticed Leo’s garage was on fire, and he called 911.

He also tried to wake up the three people in the home, but was unsuccessful. Officer Jolin was nearby at the time, and when the call came he was able to get to the house in under a minute.

Upon hearing that people were trapped inside, Jolin immediately broke a window and went to alert the occupants.

“You’re told that there’s people inside and you just, you just go to it — you go to work,” Jolin told WBZ-TV. “All you’re thinking about is getting in there and getting everybody out as fast as you can.

“You know, it’s funny, you don’t really think of the danger.”

When he broke the window, one of the people inside heard — but thought that a burglar was breaking in. She dialed 911, but shortly after, Jolin appeared and explained the situation.

The officer was able to get all three out of the house and away from the flames. Thanks in part to a metal door separating the garage and house, firefighters were able to contain and extinguish the fire.

“Nothing prepares you for this, nothing,” Leo said on Monday. “Property can be replaced. People can’t.”

“Officer Frank Jolin of the West Brookfield Police Department with his great efforts was able to make entry into the house and wake the occupants and get them outside to safety.

“Also, a big thanks to all the mutual aid communities for their assistance.”

On the fire department’s post, a self-identified neighbor echoed the lightning theory.

“I think it was lightning,” Christina Miraglia wrote. “I live not far from there, heard a pop sound (similar to a gunshot) and then a huge clap of thunder not long before hearing the firetruck head that way.”

Jolin waved away the “hero” title, saying other officers would have done the same thing.

“Anybody that I work with out there — all of my brothers in blue — they’d do the same thing,” he claimed.

“I just have no words for it,” the grateful mother added. “I just don’t.”