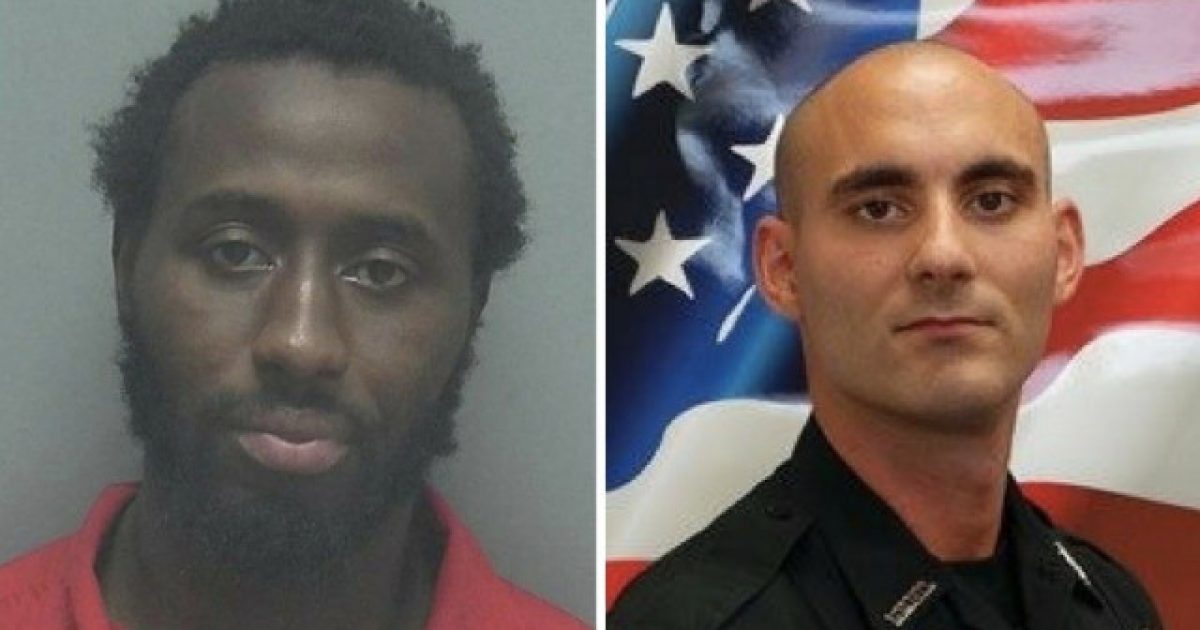 A police officer from Florida was shot and killed over the weekend from injuries delivered to him by an illegal immigrant who shot him in the head last week.

But remember, folks. It’s racist to want to keep people out of the country and to enforce immigration laws. We should just open the flood gates and let everybody inside who wants to come inside.

Such a concept is not only immoral, it’s absolutely disgraceful to the memory of men like this police officer.

Officials said Jobbers-Miller was shot by Haitian national Wisner Desmaret on July 21 while he was responding to an alleged assault and theft at a gas station.

Once police arrived at the gas station, Desmaret opened fire, hitting Jobbers-Miller in the head. Jobbers-Miller was rushed to Lee Memorial Hospital where he was in critical condition until he passed away this last weekend.

Immigration and Customs Enforcement (ICE) officials have lodged a detainer request against Desmaret as they claim he is an illegal alien.

This is precisely why we need to be strictly enforcing the immigration laws we have on the books and also secure the border with a wall. It’s the duty of the government to bear the sword of justice and protect its citizens from outside threats. Pretty sure that immigration falls into this purview.

While there are no doubt lots of nice people who want to come to this country, if those same people are willing to disrespect our laws on immigration, what other laws might they be willing to compromise on? This is a serious issue that threatens the safety of citizens, thus the right course of action is strict immigration law enforcement.

Oregon Congressional Candidate Takes Major Swipe at the First Lady, Here’s What He Likens Her To