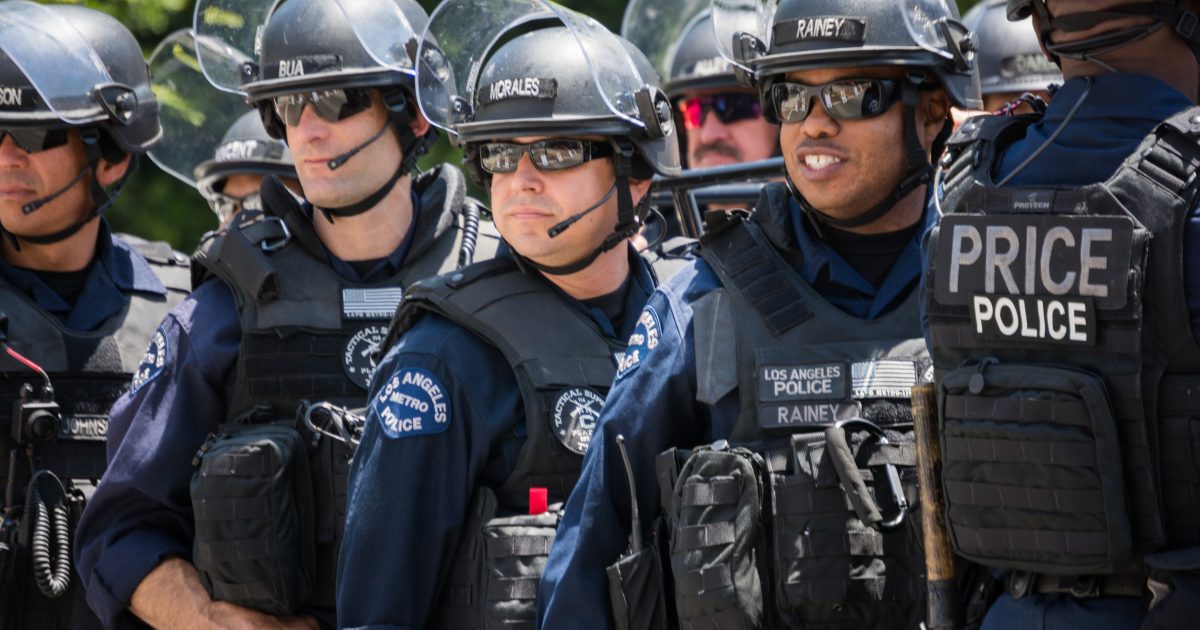 Even though America (and the world) continues to lean hard left, if you ban all Christians from anything you’re certainly not going to have enough people to get anything done.

After all, Christianity is the largest religion in the world for a reason.

Liberals in California don’t seem to care, though.

Police officers have a duty to protect all citizens, regardless of race, religion, sexual orientation, or any other identity. Governments have an interest in preventing violent criminals and members of the Ku Klux Klan from joining police forces. Yet a new bill supposedly aimed at preventing gang members from joining law enforcement could prevent conservative Christians from taking the blue or result in their firing.

California Assembly Bill 655 would require police departments to investigate whether not potential cops had “engaged in membership in a hate group, participation in hate group activities, or public expressions of hate.” It would make such activities “grounds for termination.”

When Americans think of a “hate group,” many minds would conjure up a domestic terrorist group motivated by racial animus like the Ku Klux Klan. Yet some transgender activists and organizations like the Southern Poverty Law Center (SPLC) use the term “hate group” as an epithet to demonize their political and ideological opposition. The SPLC has become notorious for branding mainstream conservative and Christian groups as “hate groups” because they advocate against same-sex marriage or transgender activism.

Assembly Member Ash Kalra, the author of A.B. 655, told PJ Media that he does not intend his bill to “curtail freedom of religious views or political affiliations — conservative or otherwise.” He acknowledged that the bill’s “definitions are a work in progress.” If so, he should seriously reconsider the definition of “hate group.”

By the time liberals wake up, it will be too late.

Another Cuomo Accuser Describes How He’d Peer Down Her Blouse, Grope Her Breasts