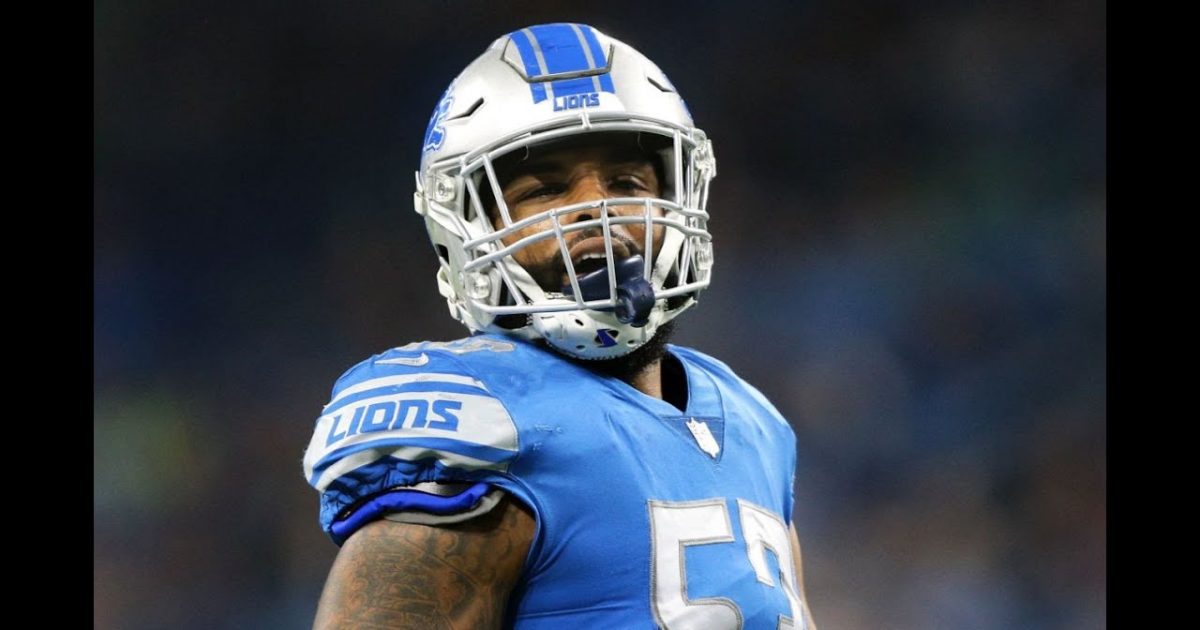 Well, I am guessing that we are looking at the end of another NFL player’s short career due to his abusive behavior.

This time, it is Detroit Lions linebacker Trevor Bates who was arrested last week for refusing to pay his cab driver in New York City. It is bad enough he wouldn’t pay the cabby, but he reportedly went nuts in the police station and punched a cop in the face!

Bates was arrested Saturday and according to the New York Police Dept. he punched a police sergeant in the face in the precinct. Now a city police union is lashing out at the player and saying he acted like a “wild animal” during the arrest.

Bates was arrested for refusing to pay cab fare on Saturday, and the NYPD said the 25-year-old NFL player was extremely agitated during the 3 AM arrest. The police also said that at one point, Bates gave a sergeant a black eye because he “didn’t like the people in the room” while he was being fingerprinted.

Now, the New York Police Department’s Sergeants Benevolent Association is lashing out at the player for his behavior, according to the New York Times.

The SBA put out a tweet accusing the player of acting like a “wild animal” and being “dog crap.”

“Trevor Bates acted beyond that of a wild animal,” the tweet read. “He refused to be fingerprinted, showed disdain for the officers & decided to punch a Sgt in the face. Fighting with officers, he was tasered & ripped the taser prongs from his body. He’s dog crap, and the NFL condones criminals.”

Trevor Bates acted beyond that of a wild animal. He refused to be fingerprinted, showed disdain for the officers & decided to punch a Sgt in the face. Fighting with officers he was tasered & ripped the taser prongs from his body. He’s dog crap and the NFL condones criminals. https://t.co/sAd9rMKWHb

Naturally, the SBC immediately faced criticism for its choice of such harsh language.

Joo-Hyun Kang, director of Communities United for Police Reform, scolded the union for its “racist” language.

“If the allegations against Bates, including not paying his cab fare are true, he should be held accountable,” Kang told the Times. “But the constant use by N.Y.P.D. unions of racist dog whistles to dehumanize and criminalize black communities must be condemned, and end.”

The Lions issued a short statement Saturday saying, “We are aware of the arrest of Trevor Bates earlier today in New York. We have not spoken to Trevor as of yet and are still in the process of gathering more information. The Detroit Lions will have no further comment at this time.”

SBA president, Ed Mullins, though, had some advice for the team. Mullins said the Lions should cut Bates. He added that the claims of racism in the union’s tweet “is nonsense and an accusation probably designed to change the topic.”

“Those making the accusations better do their homework as to the facts and not a smear campaign,” Mullins told the Times.

Bates has already run through four NFL teams in his short career since first being drafted by the Indianapolis Colts in 2016. He has only spent a year or less with these teams, so my guess is that he’ll be waived and his career will be over.