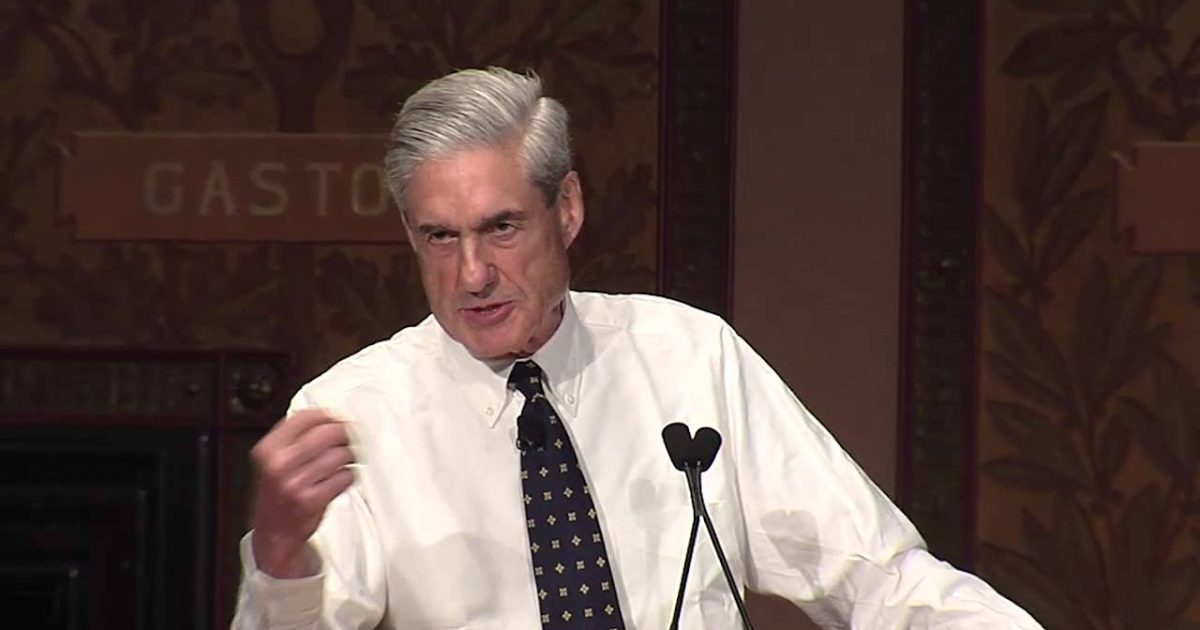 Thanks to the timing of the midterm elections, Special Counsel Robert Mueller has been even more shadow-y than usual in recent weeks, but that all could be turned on its head at a moment’s notice.

This spacious silence was no accident either, as the Justice Department tends to have a longstanding agreement to maintain the appearance of political neutrality when it comes to our electoral maneuvers.   This alleged impartiality may only exist in the realm of etiquette, however, as Mueller himself has been seemingly swamped with work during his time away from the spotlight.

Now, a series of events has led at least one Politico reporter to believe that Mueller has even gone so far as to subpoena the Commander in Chief himself.

The evidence lies in obscure docket entries at the clerk’s office for the D.C. Circuit. Thanks to Politico’s Josh Gerstein and Darren Samuelsohn, we know that on August 16th (the day after Giuliani said he was almost finished with his memorandum, remember), a sealed grand jury case was initiated in the D.C. federal district court before Chief Judge Beryl A. Howell. We know that on September 19, Chief Judge Howell issued a ruling and 5 days later one of the parties appealed to the D.C. Circuit. And thanks to Politico’s reporting, we know that the special counsel’s office is involved (because the reporter overheard a conversation in the clerk’s office). We can further deduce that the special counsel prevailed in the district court below, and that the presumptive grand jury witness has frantically appealed that order and sought special treatment from the judges of the D.C. Circuit—often referred to as the “second-most important court in the land.”

Now for the juicy stuff:

The docket sheets give one final—but compelling—clue. When the witness lost the first time in the circuit court (before the quick round-trip to the district court), he unusually petitioned for rehearing en banc—meaning he thought his case was so important that it merited the very unusual action of convening all 10 of the D.C. Circuit judges to review the order. That is itself telling (this witness believes his case demands very special handling), but the order disposing of the petition is even more telling: President Trump’s sole appointee to that court, Gregory Katsas, recused himself.

Is Mueller springing a trap for the President for an upcoming moment, not far removed from the sacred midterms themselves?  Only time will tell.

Don Lemon’s Latest Reverse Racism is His Worst Yet!