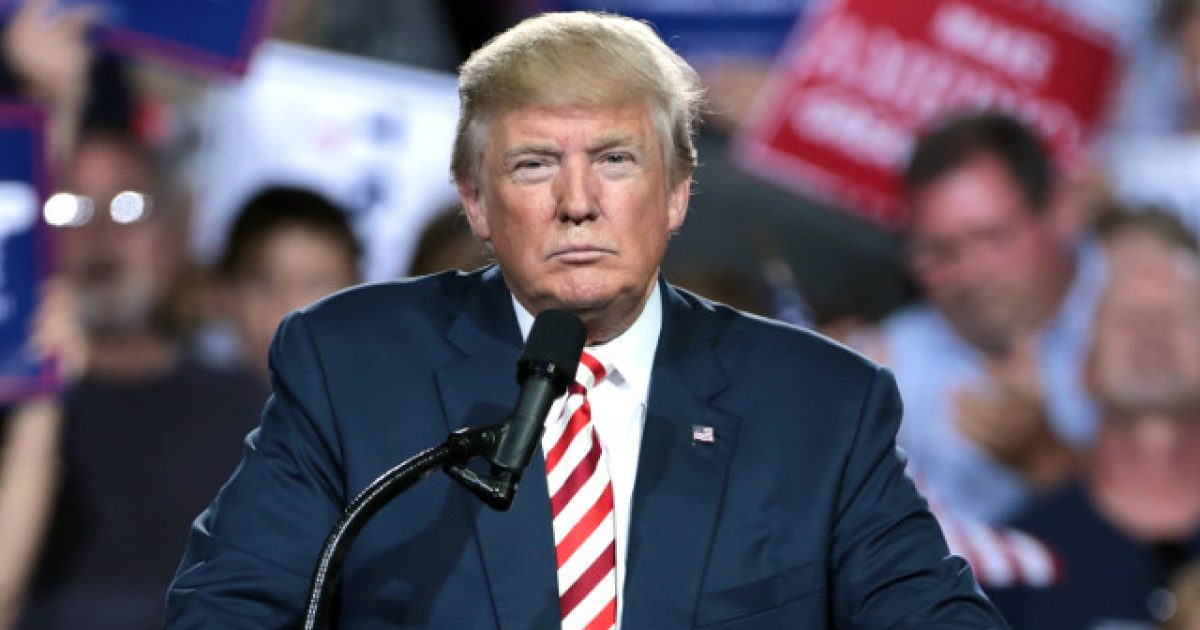 It’s always been a popular left-wing talking point to assume the president, when he’s conservative or Republican — the two aren’t synonymous anymore — that’s he a mouth-breathing moron.

We saw the media slander former President George W. Bush in this manner and now they are engaging in the same sort of shenanigans with President Trump.

Politico recently decided to take a hefty shot at the president’s chin by making fun of him for being dumb and apparently accusing him of not understanding how time zones work.

So it makes sense that Politico, a liberal website founded by two former Washington Post reporters, is once again pushing the idea that Trump is very (very) dumb.

“Trump’s diplomatic learning curve: Time zones, ‘Nambia’ and ‘Nipple,'” reads the headline of the story, written by Daniel Lippmann. Says the sub-headline: “The president has often perplexed foreign officials and his own aides as he learns how to deal with the world beyond America’s borders.”

Several times in the first year of his administration, President Donald Trump wanted to call Japanese Prime Minister Shinzo Abe in the middle of the afternoon. But there was a problem. Midafternoon in Washington is the middle of the night in Tokyo — when Abe would be fast asleep.

Trump’s aides had to explain the issue, which one diplomatic source said came up on “a constant basis,” but it wasn’t easy.

“He wasn’t great with recognizing that the leader of a country might be 80 or 85 years old and isn’t going to be awake or in the right place at 10:30 or 11 p.m. their time,” said a former Trump NSC official. “When he wants to call someone, he wants to call someone. He’s more impulsive that way. He doesn’t think about what time it is or who it is,” added a person close to Trump.

First of all, Trump was/is a successful billionaire who has traveled the entire globe over more than once. To insinuate that he doesn’t understand time zones is ridiculous.

The article goes on to poke fun at the president for supposedly calling Nepal “Nipple” and Bhutan “button” amongst many other absurd claims that harp on the lack of political experience Trump has with foreign policy.

However, let’s keep in mind that Trump is the one who got North Korea to denuclearize and to come to the negotiating table. That’s pretty impressive for a guy who allegedly has no clue in heaven what he’s doing.

Female Professor Accused of Sexual Harassment, #MeToo’s Response is The Definition of Hypocrisy

Alabama May Soon Join Tennessee in Displaying This Motto in Public Schools. Atheist Heads Will Explode.