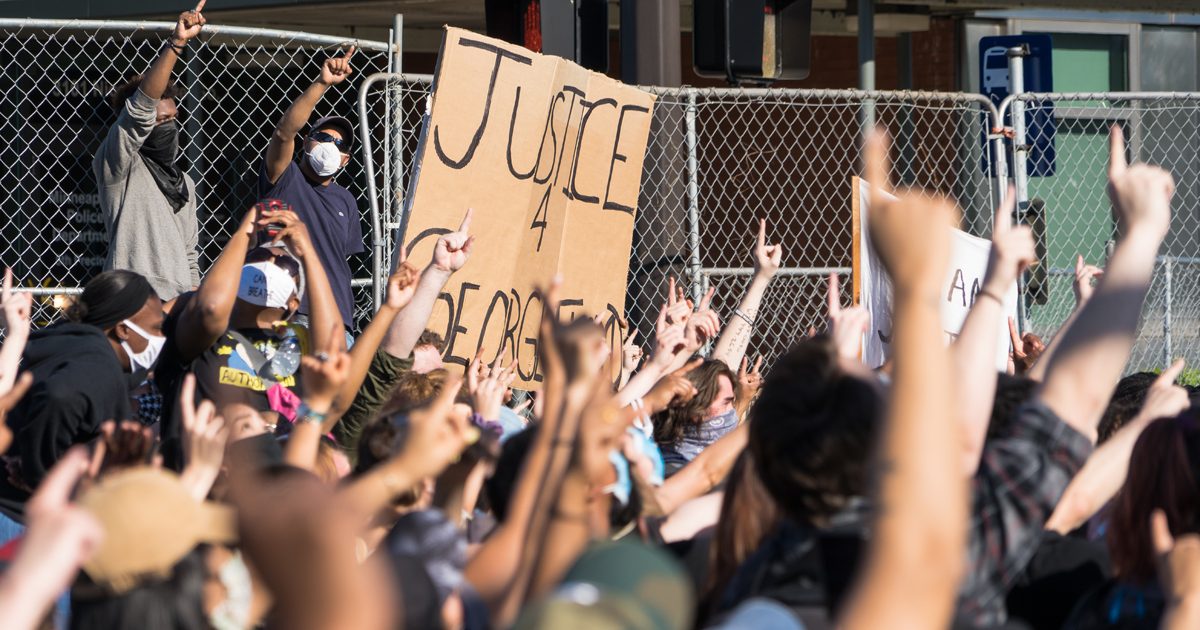 On Tuesday evening, former Minneapolis  police officer Derek Chauvin was found guilty on all three of the charges he faced in the death of George Floyd.

This is an absurd miscarriage of justice and is a political outcome, not justice. Chauvin is not guilty of murder at all. Certainly, the case can be made for manslaughter. But this man had no intentions of murdering anyone.

After months of racial antagonism, witness intimidation, political interference, and threats, this jury bowed to the pressure and convicted Chauvin on all three charges.

Earlier in the day, with the jury sequestered in deliberations, President Joe Biden said he had spoken with Floyd’s family, and weighed in on the trial: “I’m praying the verdict is the right verdict. Which is – I think it’s overwhelming in my view.”

Asked later at a White House press briefing what the president had meant, press secretary Jen Psaki repeatedly refused to elaborate, saying only that the president would not comment further until a verdict had actually been reached.

Judge Cahill admitted Monday that the remarks of Rep. Maxine Waters (D-CA) over the weekend calling for unrest unless Chauvin was found guilty created potential grounds for appeal in the event of a conviction, but declined to declare a mistrial.

The defense is set to appeal and will argue that Chauvin was denied a fair trial by the judge’s decision not to change the venue of the trial and not to sequester the jury during a period in which there were further police shootings and local riots.

Charges of murder mean that a death was caused on purpose and with intent. The degrees, though, make the act less and less virulent. For instance, second degree murder means that the killer did not have premeditated intent. Second and third degree usually means that the act was a crime of passion.

On the other hand, manslaughter means that the killer’s actions caused a death, but it was through negligence and death was not caused on purpose.

If Chauvin is guilty of anything, it would be manslaughter. He may have been negligent. But he never intended to kill anyone.