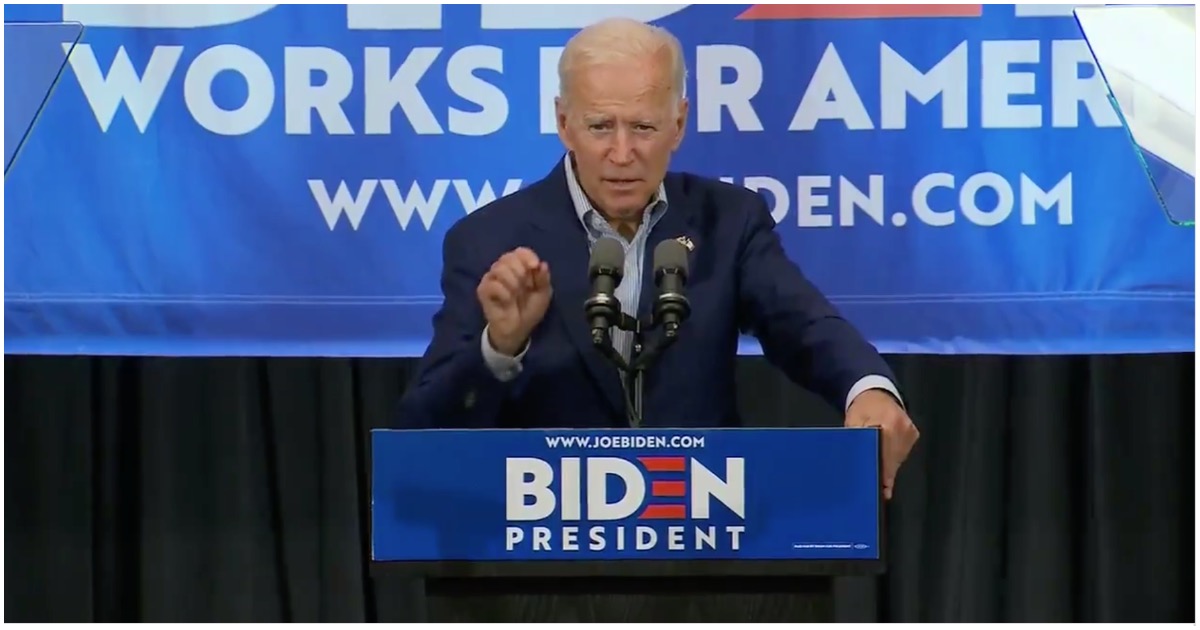 Joe Biden may no longer be the 2020 Democrat frontrunner. It only took one debate performance for his support to plummet.

Heck, Jeb Bush may have enjoyed a longer stay at number one back in 2015/16 than Joe.

The percentage of Democrats who say they would vote for former Vice President Joe Biden if the presidential race were held tomorrow slipped by 10 points after the first primary debate.

According to a Morning Consult/FiveThirtyEight poll of likely Democratic voters released on Friday, 41.5 percent said before the debates they would vote for Biden tomorrow, but 31.5 percent said the same thing after Thursday night’s debate.

The apparent decline in support comes after Biden was widely seen as having faltered, including engaging in a stark exchange with Sen. Kamala Harris (D-Calif.) over school busing.

Illegal aliens deserve to be taken care of by the American taxpayer, says Joe.

WATCH: Beto Is Now Blaming Americans for Climate Change That FORCES Migrants to Come to U.S.