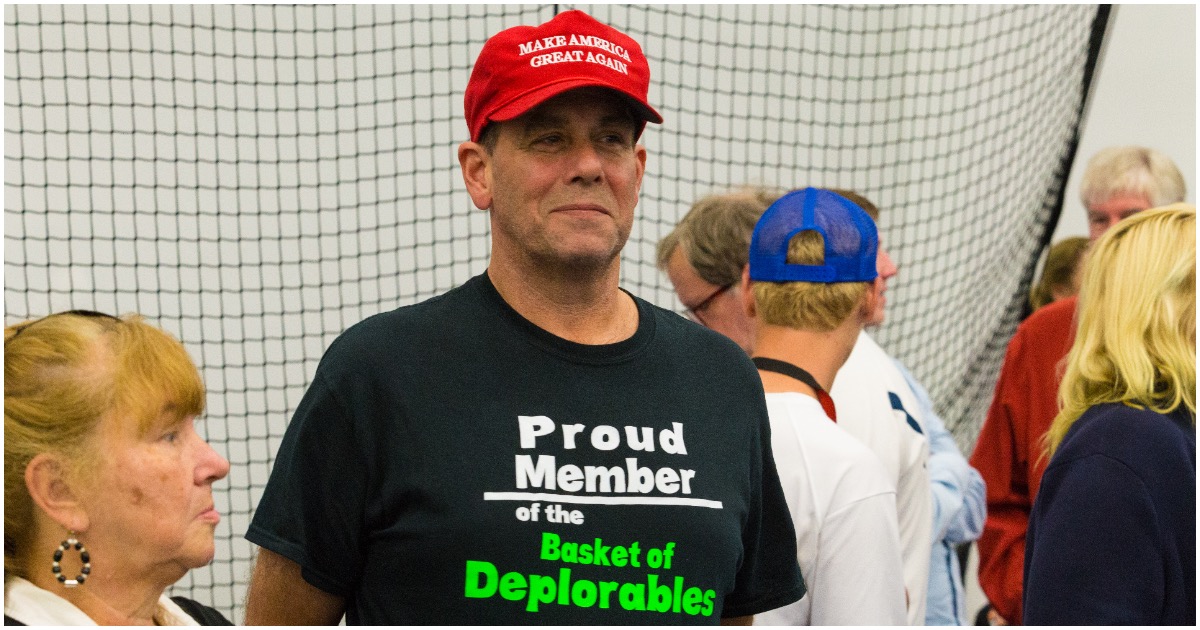 A South Carolina man wore a pro-Trump t-shirt to vote on Tuesday.

He was told he couldn’t vote in the shirt.

Apparently, the Palmetto State has rules against this sort of thing (more on that below).

So, the man decided to take action. 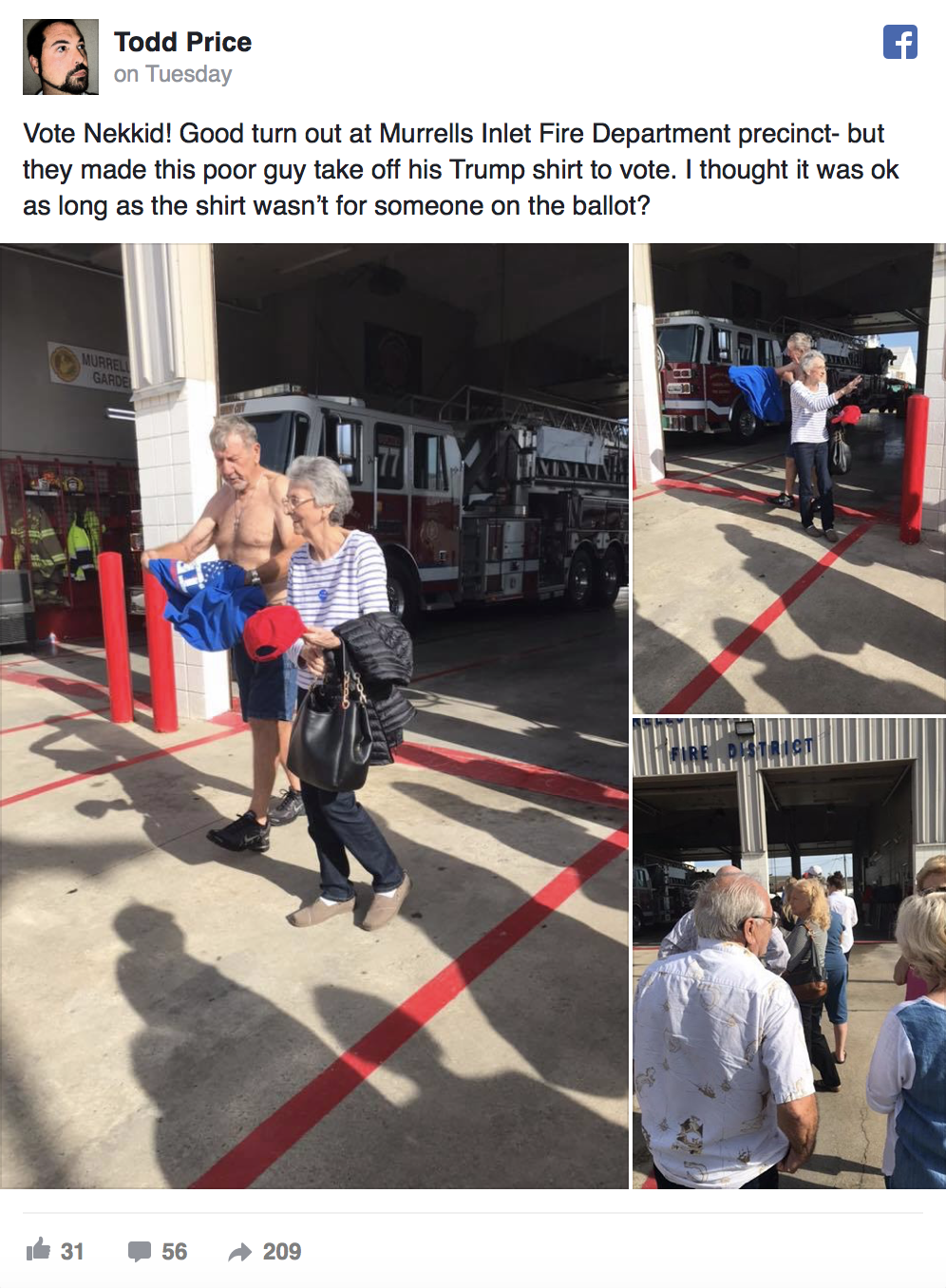 In South Carolina, you’re not allowed to distribute any campaign material within 200 feet of the polling place, and that includes clothing, according to state elections officials.

At the Murrells Inlet/Garden City Fire Department polling location, a man wearing a shirt supporting President Trump was told he couldn’t wear the clothing inside the polling place, according to witness Todd Price. So instead, the man took it off and voted shirtless, Price said.

Chris Whitmire, with the South Carolina Elections Commission, said via email the poll manager’s handbook defines campaign material as any written or visual material that expresses support or opposition for any candidate, party or ballot issue in a current election.

12,000 Trump-supporting American patriots were inside the arena in Chattanooga, Tennessee days before the election.

A lot more supporters couldn’t get in because the place was filled to capacity, as is generally the case when Trump is campaigning.

Here’s the view from inside:

The McKenzie Arena in Chattanooga is jam-packed for tonight’s Trump rally. The UTC website says the arena’s capacity is more than 10,000. pic.twitter.com/7dEizGQXnz

Flags of Patriotism can already be seen in the lines forming outside President Trump’s #MAGARally in Chattanooga, Tennessee tonight. Campaign tells #TruNews a 12,000 man #RedWave in expected inside. pic.twitter.com/D0E5zEiwtt

Check out the left’s response, where some people felt it necessary to kneel for (and denigrate) the national anthem:

Trump arrived at rally arena in Chattanooga to loud protest chanting: “No Trump, no KKK, no fascist USA!” pic.twitter.com/GIHH5Z8CsS

These types of actions are why the GOP gained members of the Senate.

Trump’s rally for Senate candidate Josh Hawley in Missouri on Thursday was attended by 27,000 supporters.

It was 50 degrees outside in Columbia and drizzling.

Nobody seemed to care.

One word to describe President @realDonaldTrump’s rally in Columbia: LOUD!

Thanks for coming President Trump – we’ll see you in Cape Girardeau next week. pic.twitter.com/aboP8RneNy

This Trump supporter from Columbia has quite a unique pin on his coat! He told me his biggest issue for supporting the President is immigration. @KOMUnews pic.twitter.com/pieJjU5HpB

Doors don't open until 3:30, and the rally doesn't start until 6:30. The road to the airport is already backed up. pic.twitter.com/ZXyMa92oi8

While in Milwaukee, Obama spoke at a high school gymnasium.

As you can see, the place is half-full:

A reporter claimed the line to see Obama was a mile long:

People lined up for more than a mile in Milwaukee for Obama rally pic.twitter.com/qrXWlI1pnL