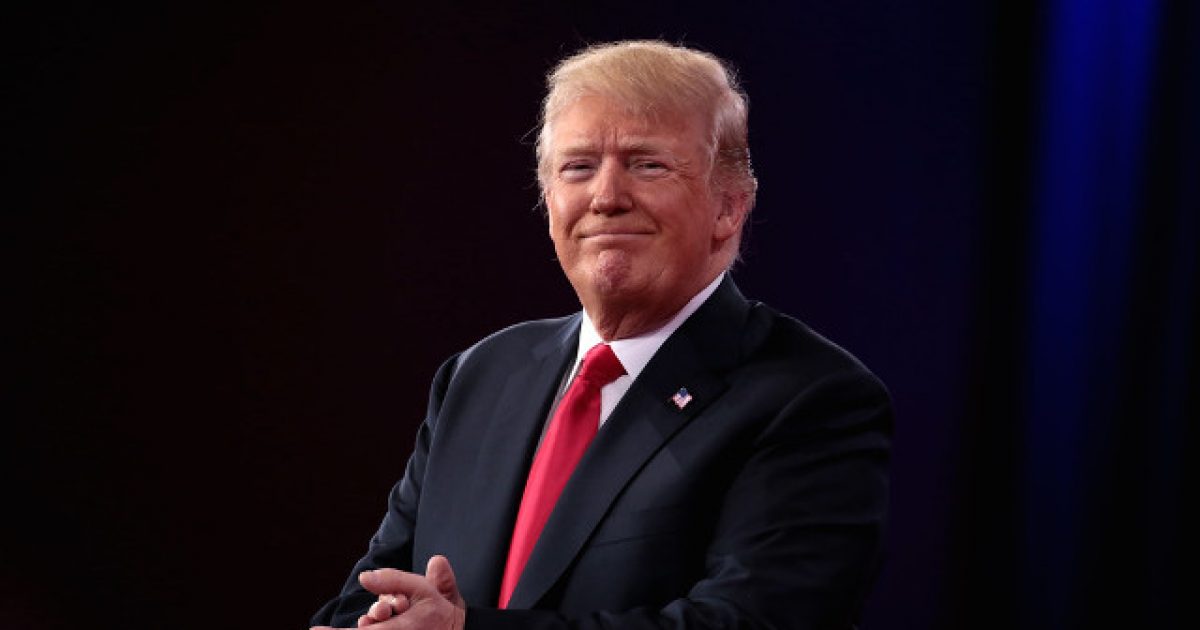 With the current impeachment inquiry into President Trump going full blast and much support for the measure coming against him in the House of Representatives, not to mention his approval ratings being in the mid-40s, folks are wondering why the president and his re-election campaign are feeling so optimistic about their chances next year.

According to pollsters, the boost in confidence has a whole lot to do with Trump expanding his base of support to include more individuals in the independent and minority demographics, including folks ticked off at Washington who might have skipped out on voting in 2016.

The Washington Examiner has the details:

“Everybody is doing incredibly well. The poll numbers are looking great, and the economy is doing wonderfully, and we’re executing our agenda successfully to bring the change that people voted for, and we are supremely confident,” said senior White House policy adviser Stephen Miller.

At a time when the conventional wisdom in Washington, especially among Democrats, is that Trump is headed to an easy and well-earned defeat in 2020, a collection of polls and contrarian views from critics who took Trump seriously early in the 2016 election suggest that he is in a good position.

Zogby Analytics pollster Jonathan Zogby told us that Trump is making solid inroads with new voters who feel good about the economy, including those in urban areas and the poor, traditionally part of the Democratic base.

“An interesting area where Trump has caught steam is among economically vulnerable groups. We categorize these groups as: lost a job, at a job that pays less, afraid of losing a job, and gone without food for 24 hours,” said Zogby.

Another factor that’s helping the president is the fact that there’s very weak enthusiasm among Democrats for the folks who are currently running for the presidential nomination for the Democratic Party.

The latest essential reading piece from Tom Edsall opens like this:

“President Trump is unpopular, but that doesn’t mean defeating him is going to be easy.”https://t.co/J5kaUQ9J4T

Democratic consultant Pete Giangreco recently spoke with political journalist Mark Halperin and said there’s a “sleeper cell” of very angry voters who didn’t bother to go out and vote in the last election and might very well show up this time in support of Trump.

“I think Trump can run up the score in rural areas even bigger than he did,” he said to Halperin.

Add to this the very real possibility that this impeachment inquiry could actually backfire and mobilize a lot of folks who see this whole thing as a witch hunt and you get potential for some serious backlash against the Democratic Party.