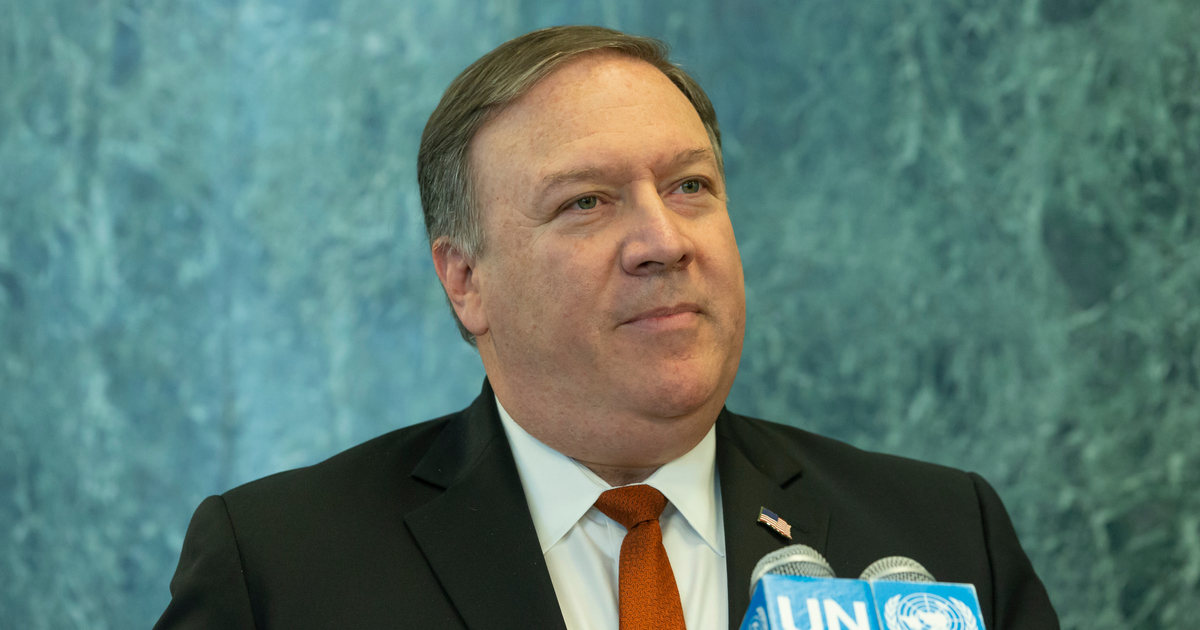 For many, the most pressing question in America today has to do with the southern border, and what may occur there in the coming days.

A caravan of Central American migrants is currently marching through Mexico, northward, toward the United States.  Their purpose is to make siege of the US border, defying the will of We The People and taunting President Donald Trump along the way.

They are even burning American flags as they claim to “seek asylum” here.

Now, in the face of this threat, many wonder what exactly will happen once these 14,000 would-be immigrants reach our land.  Will there be a conflict?  Will there be bloodshed?  Will it effect the 2018 midterm elections, and, if so, is that why the democrats seem to be coordinating their efforts to remain quiet on the subject?

Mike Pompeo hopes that it doesn’t come to any of that.

Secretary of State Mike Pompeo said on Tuesday that the United States would turn back the 7,000-person caravan of migrants from Central America when they reach the United States’ border with Mexico.

“The United States also has a message for those who are currently part of this caravan or any caravan which follows: You will not be successful at getting into the United States illegally no matter what,” Pompeo said at a briefing with reporters at the State Department.

“I repeat, the caravan will not cross our southern border under any circumstances,” Pompeo said.

Pompeo’s tough talk comes amid major turmoil within the United States on the figurative eve of the 2018 midterms.  This caravan is certainly conveniently timed for the democrats, who have long used the President’s hardline stance in immigration to attack the republican party.