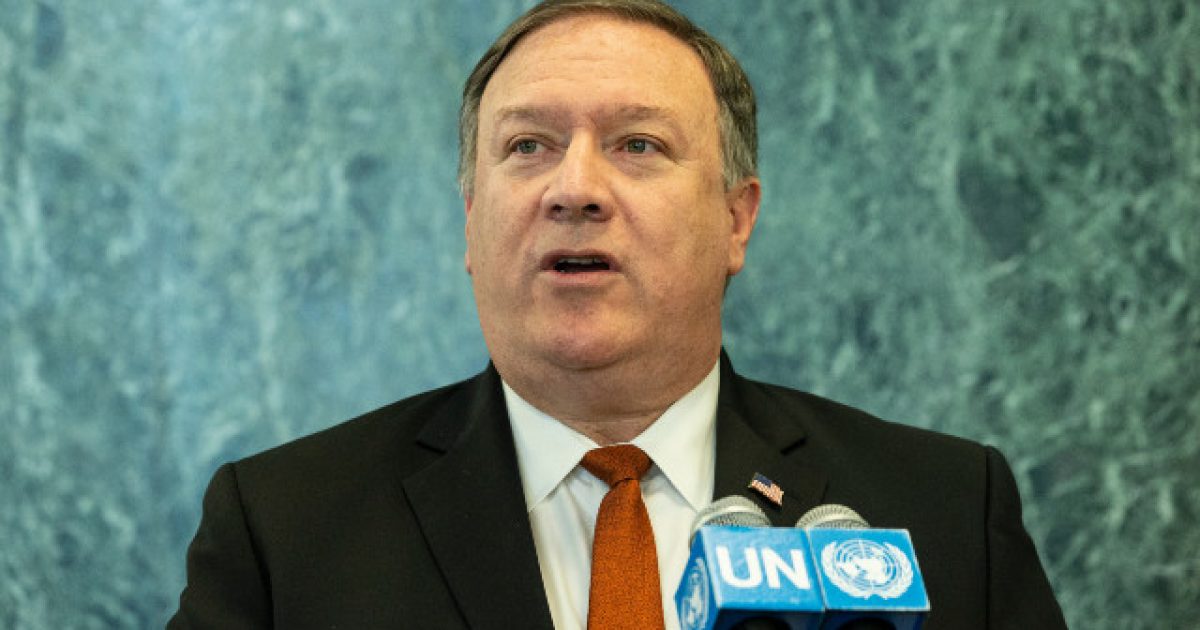 A new report that has surfaced indicates that Secretary of State Mike Pompeo has been funding dinners with “elite figures” with taxpayer dollars, which has raised further questions about his conduct as a member of the president’s cabinet.

There is a renewed desire to explore how government officials are using taxpayer dollars in light of the coronavirus outbreak, which is why Pompeo’s “Madison Dinners” got caught on the radar.

Here’s what we know so far thanks to Washington Examiner:

The two dozen or so dinners have been unpublicized gatherings hosted by Pompeo and his wife, normally held at the Diplomatic Reception Rooms, according to NBC News. About two dozen have been held since 2018, with guest lists often including an array of elite personalities, including billionaire CEOs, Supreme Court justices, and ambassadors.

State Department officials involved with the dinners argued the events were using federal funds to build a network of supporters and donors for Pompeo’s potential political ambitions. Records obtained by NBC showed nearly 30% of the guests came from the corporate world, 25% from media or entertainment, 30% from the public sector, and 14% were foreign officials or diplomats. Only Republican members of Congress have been invited.

State Department spokeswoman Morgan Ortagus said Pompeo has benefited from gaining knowledge from his guests, which have included “many foreign diplomats, thought leaders, academics, government leaders at many levels, business leaders, members of Congress, and the media — each of whom has a stake in America and its leadership in the world.”

So who, exactly, were these elite figures that were invited to these little get-togethers? One was Dan Cathy, the CEO of Chick-fil-A. Fox News host Laura Ingraham was another, along with SCOTUS Justices Samuel Alito, Neil Gorsuch, and Treasury Secretary Steven Mnuchin.

Now, these were just the folks who were invited. We don’t know how many of them actually showed up to the events in question, if any of them.

The point here is this kind of conduct is unacceptable. Pompeo should not be using taxpayer dollars for this kind of activity. If this were a Democrat, folks would be up in arms, and rightfully so.

It’s imperative that when we catch folks on our side doing things they shouldn’t be doing, we hold them accountable for it. If not, we look like hypocrites. Let’s leave that for the liberals.

ICYMI: Undocumented Immigrants Would Get $1,200 In New $3 Trillion House-Passed Bill

Trump Points Finger At China Over ‘Mass Worldwide Killing’ Due To Coronavirus; Blames Their ‘Incompetence’