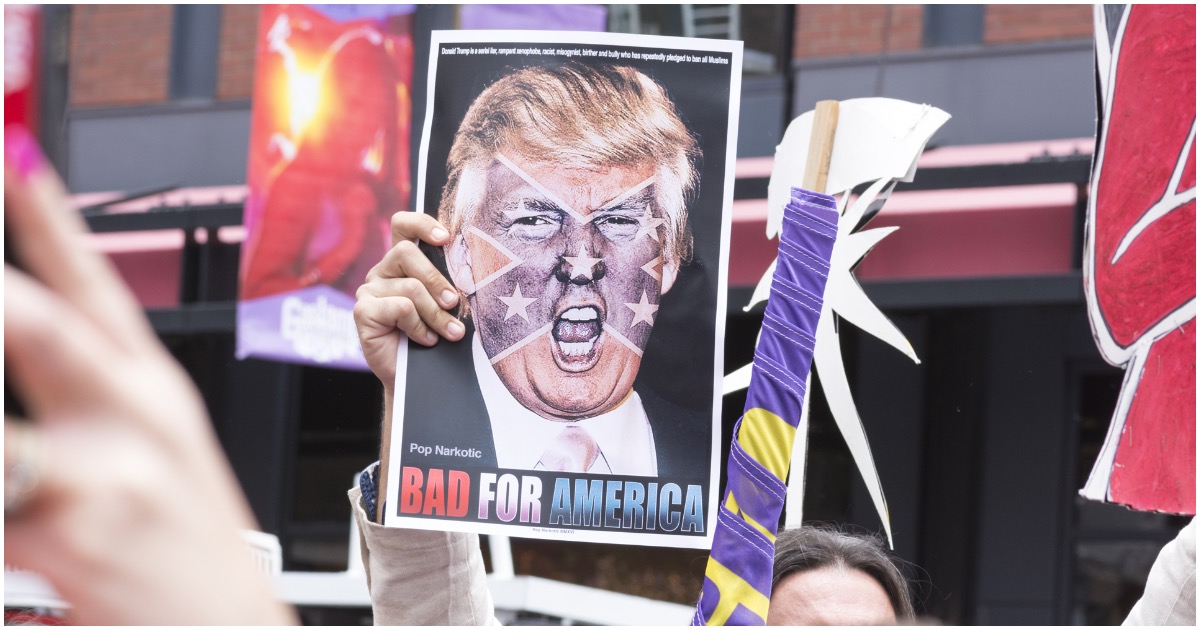 You can’t be a supporter of President Trump and be into knitting.

You can be one or the other, just not both.

A knitting site with a decent amount of users just banned all support of Trump from it’s site.

Here are the details, via The Cut:

The popular knitting site Ravelry — which has more than 8 million users and is something like a combination Facebook, Google, Amazon, and public library for knitting and other textile crafts — announced on Sunday that it was “banning support of Donald Trump and his administration.” In its words, “We cannot provide a space that is inclusive of all and also allow support for open white supremacy.” Support of the Trump administration, the site writes, “is undeniably support for white supremacy.”

It’s not about Democrats versus Republicans, per the blog post, and it’s “definitely not banning conservative politics.” It’s that “hate groups and intolerance are different from other types of political positions.”

Are you an anti-American radical who enjoys burning Old Glory from time to time?

On Friday, Rep. Steve Womack (R-AR) and Sen. Steve Daines (R-MT) “introduced a Constitutional Amendment to give Congress the authority to prohibit burning the American flag,” according to Daines’ official website.

The former Congressman won his election in 2018 over radically far-left Democrat Andrew Gillum in a race that was too close for comfort.

In short: there won’t be a “sanctuary city” in Florida in the near future.

Fulfilling a promise he made when he successfully campaigned for governor in 2018, on Friday, Florida Gov. Ron DeSantis will sign into law a bill that will ban sanctuary cities in Florida. The bill, which was passed on May 2 by both the Florida House and Senate, was sent to DeSantis on Thursday.

The Orlando Sentinel reported that DeSantis spokeswoman Helen Ferre sent the Sentinel an email stating: “Earlier this year, Governor DeSantis asked the Florida Legislature to present him with meaningful legislation to uphold the rule of law and ensure that no city or county jurisdiction can get in the way of Florida’s cooperation with our federal partners to enforce immigration law. Public safety is paramount and local law enforcement agencies can and should work with the federal government to ensure that accountability and justice are one in our state.”

AOC Is Now Blaming A GOP Rep. For Her Words About ‘Concentration Camps’ — Yes, FOR REAL