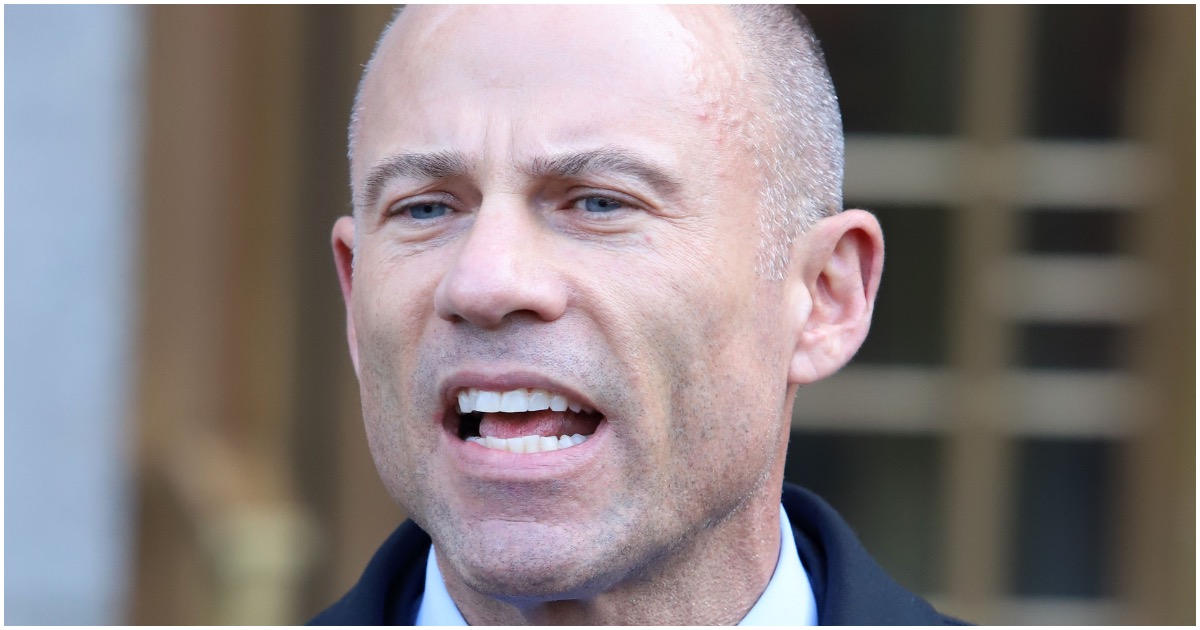 Celebrity lawyer and fame-seeker Michael Avenatti thought he might run for president on the Democrat side in 2020.

Remember Julie Swetnick? She and Avenatti were referred on criminal charges to the DOJ by Senate Judiciary Chairman Chuck Grassley (R-IA).

Now, Avenatti has lost all credibility entirely – if he had much to begin with.

He was just arrested for domestic violence, beating his estranged wife.

A report against Avenatti regarding an alleged encounter on Tuesday was filed by his estranged wife, TMZ reported, citing law enforcement sources.

Our sources say the alleged incident occurred Tuesday night, but there was another confrontation Wednesday between the two at an exclusive apartment building in the Century City area of L.A.

We’re told Wednesday afternoon the woman was on the sidewalk on her cellphone with sunglasses covering her eyes, sobbing and screaming on the phone, “I can’t believe you did this to me. I’m going to get a restraining order against you.”

This was a big win for Trump. It is likewise a crushing blow for Avenatti and Daniels.

Daniels was then ordered by the judge to pay Trump’s legal fees.

President Trump on Tuesday assailed adult-film star Stormy Daniels’ lawyer Michael Avenatti, who is mulling a 2020 presidential run and is one of the president’s most vocal critics, after a federal judge tossed a defamation lawsuit against the president on Monday.

After the court win, Trump fired off a tweet referring to Stormy as “Horseface”:

“Federal Judge throws out Stormy Danials lawsuit versus Trump. Trump is entitled to full legal fees.” @FoxNews Great, now I can go after Horseface and her 3rd rate lawyer in the Great State of Texas. She will confirm the letter she signed! She knows nothing about me, a total con!

Stormy responded by calling Trump “tiny,” as a way to slight his manhood:

Ladies and Gentlemen, may I present your president. In addition to his…umm…shortcomings, he has demonstrated his incompetence, hatred of women and lack of self control on Twitter AGAIN! And perhaps a penchant for bestiality. Game on, Tiny. https://t.co/6DpDD5ELtj

I see someone finally made it to chapter 3. Also, can someone please teach Tiny about correct punctuation? We already knew you're a con, though. #triggeredhim #slowreader #commasarehard

More on the lawsuit:

Trump’s attorney Charles J. Harder said in a statement to CNN, “No amount of spin or commentary by Stormy Daniels or her lawyer, Mr. Avenatti, can truthfully characterize today’s ruling in any way other than total victory for President Trump and total defeat for Stormy Daniels.”

TMZ initially reported that Michale Avenatti was arrested for an incident involving his estranged wife. The story's been updated to remove reference of wife — now just says "a woman." (No correction note)

I spoke with Avenatti's wife on the phone. “I haven’t see Michael in months. It’s a complete fabrication," she said. “Bruises on my face? It is insanity. He wouldn’t hit anybody. Especially a woman. He’s got two daughters.”

Fox News Teams Up with CNN in Attack on Trump, White House