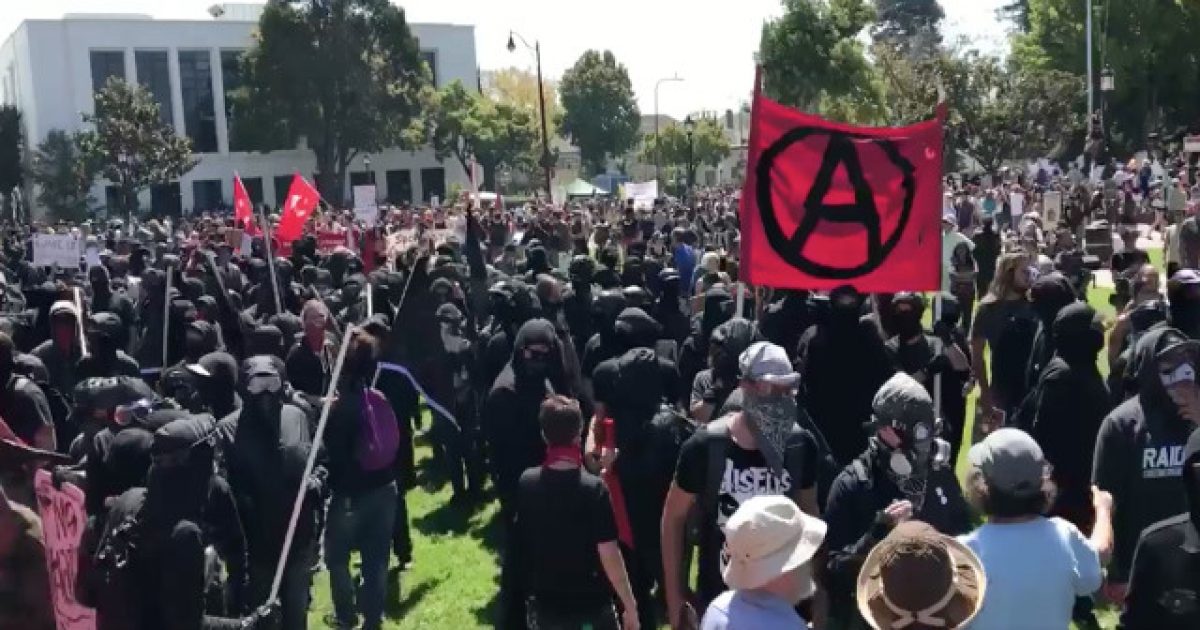 With all of the awful violence that has erupted in Portland thanks to the leftist thugs in radical left-wing group Antifa, the latest example of which is the beating of journalist Andy Ngo, the chief of police for the city is calling for measures to be taken that will help prevent members of this group from being able to remain hidden and anonymous.

Danielle Outlaw is asking for an anti-mask law to be passed in order to stop folks like those in Antifa from, “using the guise of free speech to commit a crime. A lot of people are emboldened because they know they can’t be identified.”

Here’s The Daily Wire with more:

At a press conference, Outlaw “called for laws that would bar masks worn by demonstrators, allow police to fully videotape protests and give authorities greater control of protests by groups with a history of violence,” according to Oregon Live. She stated, “We have to do something differently … There were entities that planned a brawl in the city of Portland and no one seems to be upset about that. … Entities came here for a fight. … I don’t even know what they were protesting against.’’

Outlaw dismissed accusations from Portland’s police union president that Mayor Ted Wheeler, who is also the city’s police commissioner, has “handcuffed’’ the police response to demonstrations.

As The Daily Wire reported, after the attack on Ngo, his attorney, Harmeet Dhillon, told Fox News on Tuesday that she was “going to sue everybody who the facts and the law support being sued,” adding, “The situation on the ground in Portland and policing is so bad that the sheriffs of the adjoining counties have refused to send mutual aid to Portland because they don’t want their own officers to be attacked. Portland has been consistently understaffed these types of incidents, and there have been many incidents. They knew they were aware that this was going to happen and they did nothing to prevent it.”

On Wednesday, Outlaw addressed the issue of recording demonstrations. Oregon Live reported, “Outlaw also pushed for changes in the law that would allow police to continually record protests, instead of only when crimes are committed, which she said slows police investigations because they only have snapshots of what occurred.” Oregon Live noted that local civil rights groups have opposed such a move.

Another measure that needs to be discussed and taken seriously in order to curb these attacks is to designate Antifa as a left-wing terrorist organization. They most certainly fit that description.

A terrorist is someone who uses violence or the threat of violence to try and force a specific political idea or outcome, including the silence of the opposition. Is that not what Antifa is all about?

Perhaps if they knew that their “forms of protest,” which are nothing more than excuses for assault, would land them in prison, along with banning the ability to disguise themselves, they would think twice before doing this sort of thing again.

WATCH: Shock Video Shows Man Charge Cop With A Knife After the Officer Was Shot