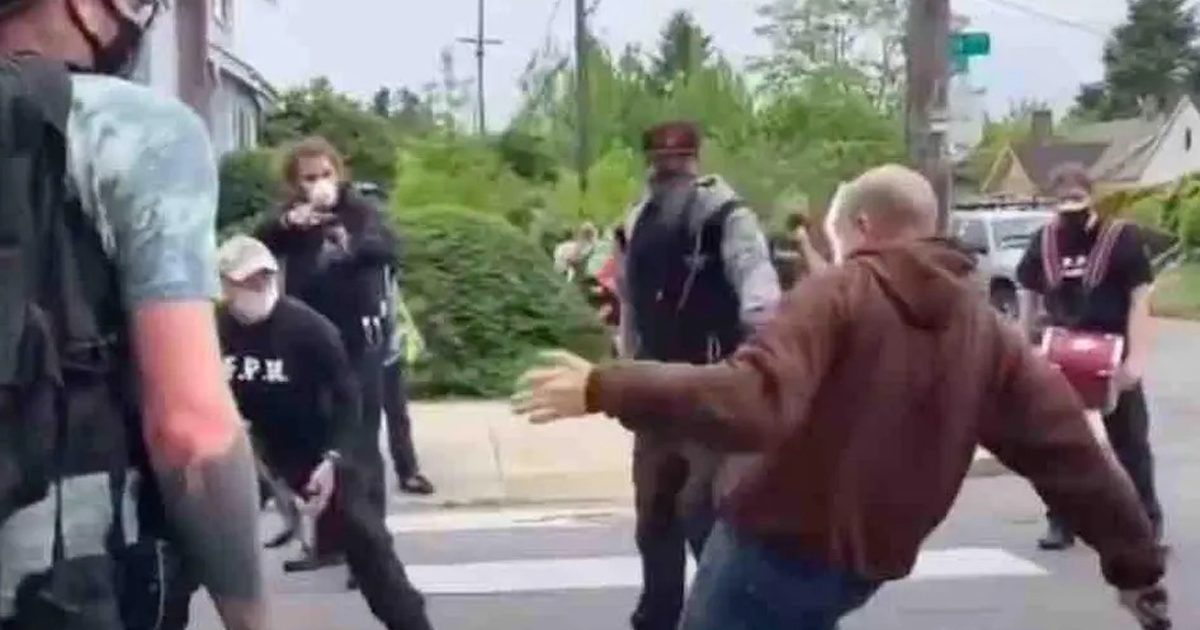 Joseph Hall was set upon by a group of Antifa terrorists in Portland in an attack that sent him to the hospital, but Hall is undaunted and says he’d do it all over again.

Hall, 53, ended up in the hospital with broken bones and serious injuries after the black-clad Antifa terrorists badly beat him.

Despite being sent to the hospital by Antifa, Hall told the Oregonian that he would still do the same thing even as the situation quickly escalated.

Hall said he grabbed hold of a non-lethal handgun that can shoot hard pellets to try to get the people to clear the way and hadn’t realized there was a march until people circled his truck. He said he heard a woman outside on a megaphone yelling at the crowd to let him go, but the people continued to block his truck and call him a “Nazi.”

“They’re screaming and yelling at me, claiming I was out there trying to run people over. That’s when I discovered a march was going on,” he said. “I was trapped. A vehicle in front of me trapped me in. I couldn’t go forward or around.”

Hall is seen on video standing outside the driver’s seat of his red pickup, his door open, holding the firearm, while a man standing in the street points a rifle at him at North Alberta Street and Michigan Avenue. Hall can be heard yelling: “You have about five seconds to lower that weapon,” as others respond that his truck is a weapon.

Hall said he stepped out of his pickup and someone snatched the keys from the truck. When he went around to the back of the truck, he said several people in the crowd remained hostile and pointed handguns and rifles at him. He said he then pulled his .38-caliber pistol from his pants and headed into the fray.

“I’m trained in the military to walk towards the threat and fight your way through the threat,” said Hall. He said he served in the U.S. Marines and U.S. Army and has a concealed weapons permit out of Columbia County.

Video of the incident shows how the incident turned violent… indeed, the video proves that Antifa was violent from the beginning.

Biden to Spend Millions in ‘Science’ Grants for ‘Racial Equity’