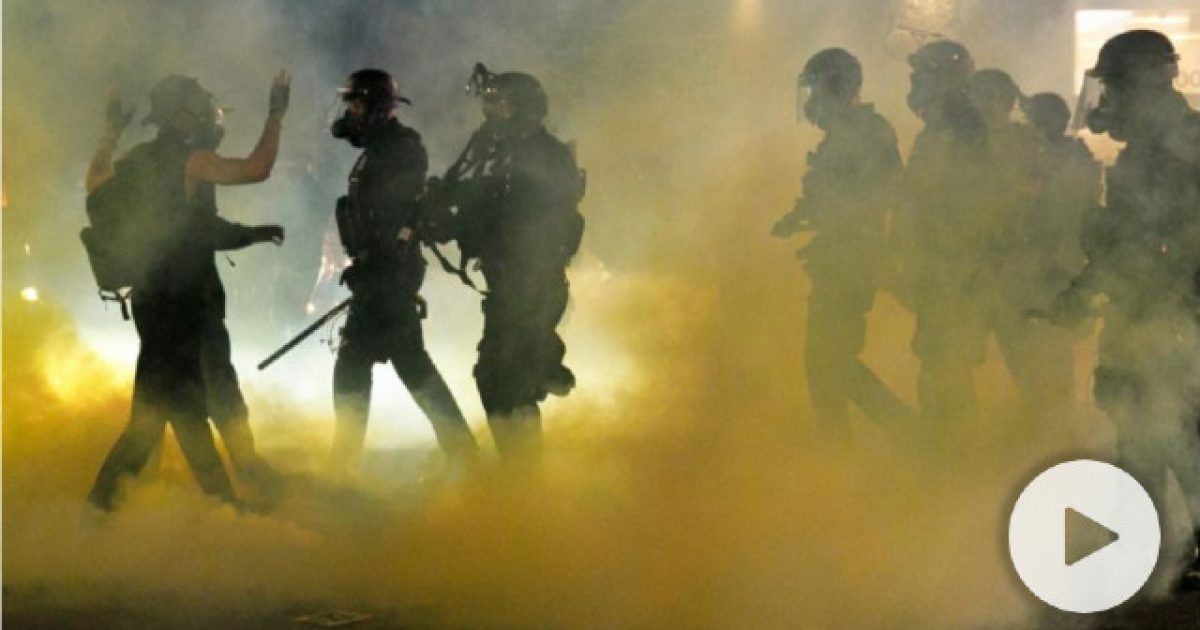 Well, it was only a matter of time before some copycats tried to recreate Seattle’s CHOP Zone, and it’s finally happened. Protesters in the city of Portland have attempted to recreate the “autonomous zone” by setting up tents and attempting to barricade streets, proving once again these people are relentless.

“People are needed here ALL night long, especially in the early morning! Get on over rn! Bring some tents,” the Twitter page said, sharing an image of a barricade that read “ACAB,” an acronym meaning “All Cops Are Bastards,” and “Black Trans Lives Matter.”

The Portland Police Department released a statement on Wednesday stating that a “couple hundred demonstrators gathered at Revolution Hall in Southeast Portland and marched all throughout downtown Portland before ending their march at Pioneer Square” on Tuesday evening.

The police also stated that some of the protesters headed toward the Justice Center and by around 9:15 p.m. stood in the middle of the road — always a horrible decision — and blocked traffic. Once they were there it wasn’t long before they started to build barricades along Southwest Main Street and Soutwest Salmon Street at Southwest Third Avenue.

Barricades consisted of “industrial kitchen appliances, road blockades, and flashing traffic signs.” And, of course, some fires were lit too. Because why not?

Around 1 a.m., demonstrators “in an organized effort” left the barricades and walked to the Central Precinct “in an attempt to disrupt officers as they walked in from the end of their shift,” the police statement said. At that time, officers removed some of the barricades at Southwest 3rd Avenue and Southwest Salmon Street. But demonstrators then began returning to the area and “officers disengaged.”

True to form, demonstrators resorted to throwing glass bottles and pointing lasers at police officers, and then set what was left of the barricades on fire. A few minutes later, one demonstrator put the fire out and others started to rebuild the barricade.

There was no gas or crowd control munitions or force used during the incident.