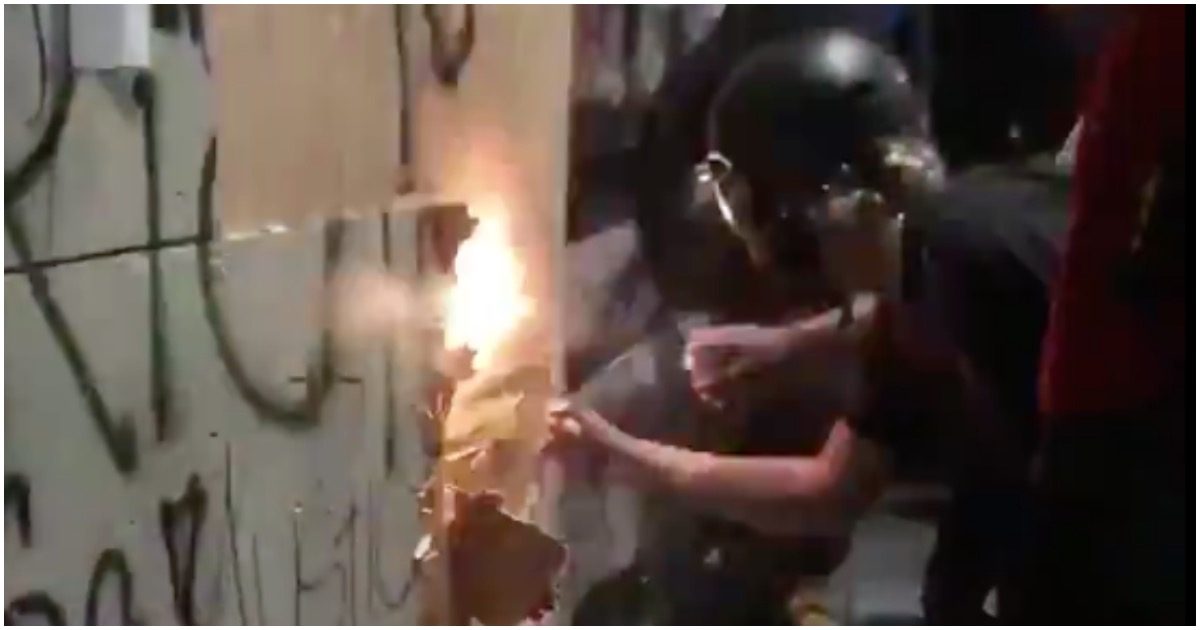 Imagine being so uneducated thanks to a far-left media and educational system that you grow up to hate the greatest country that ever existed. It’s as if people like these Portland rioters want to see America turn into North Korea or Venezuela, simply because of what they hear about the US from their favorite celebs on social media.

The nation is in trouble if stuff like this continues on.

If Joe Biden wins in November, God help us.