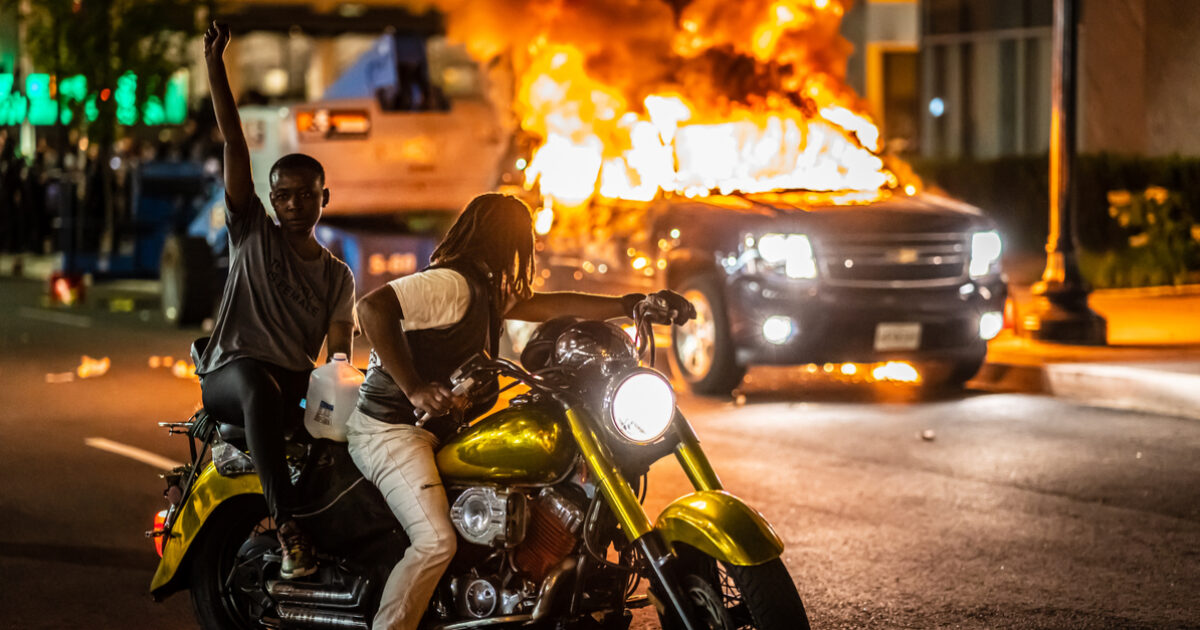 At times, we can tell that the radical left cannot see the forest for the trees.  They are often far too involved in the moment to understand even their own movement, and it puts that at risk of alienating a great many Americans when their self-serving stunts turn as utterly offensive as they have this week.

On Tuesday, the one-year anniversary of the death of George Floyd, leftists and members of the group Antifa, ratcheted up the violence that they’ve been steadily committing in Portland, Oregon, almost as if they were celebrating a year of their own angst.

Police in Portland, Oregon, declared a riot Tuesday night, making arrests after rioters smashed windows and threw objects at officers on the one-year anniversary of George Floyd’s death, according to authorities.

A crowd of roughly 200 people – many dressed in black – gathered outside the city’s Multnomah County Justice Center. Some lit a dumpster on fire and tagged the justice center with graffiti, while others yelled, “Burn the building down,” police said.

The trail of destruction left by those rioting on the coattails of the deceased Floyd was seen all over social media.

Portland #antifa tried to burn down the Justice Center tonight to commemorate their burning of the same occupied facility a year ago. #BLM pic.twitter.com/jZW8mIwIl1

As the #antifa have dispersed to other parts of downtown Portland tonight after setting the fire & smashing up city hall, they’re now targeting businesses again. They’re breaking into stores so that others will loot them.pic.twitter.com/2uQrKSvqiJ

#Antifa in Portland vandalized a driver’s car & slashed his tires at the riot tonight. Police aren’t making any arrests so far. pic.twitter.com/GPUTBgPYIj

These riots have been ongoing for months in Portland, drawing a great deal of criticism to the city’s leadership on account of their inability, or unwillingness, to take action.