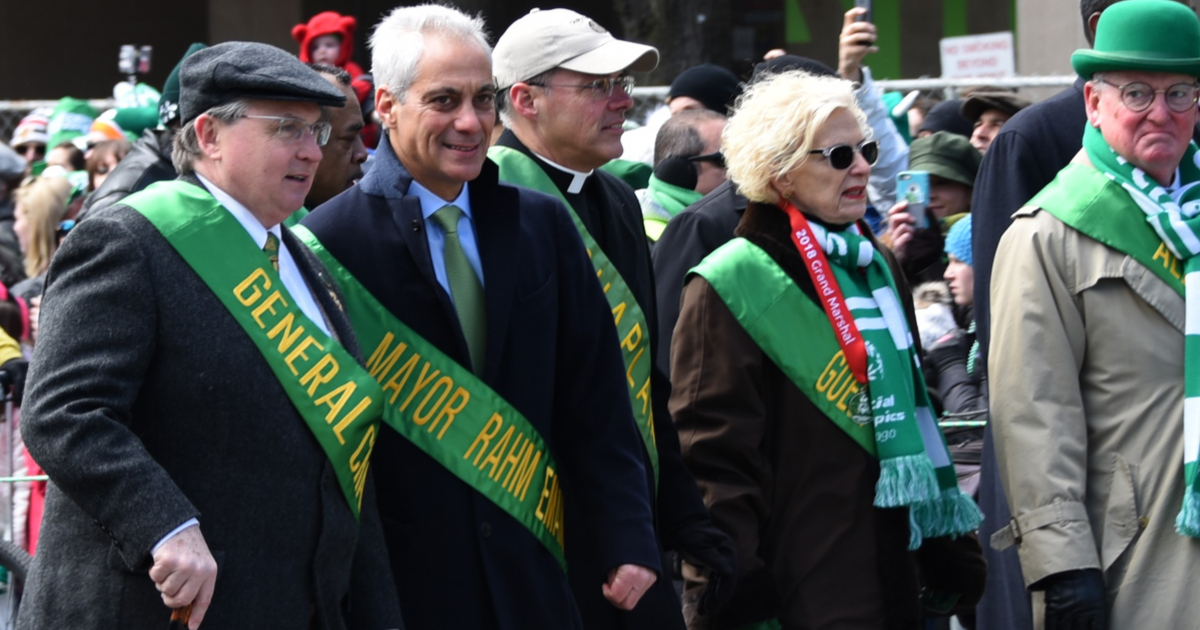 Powerful Chicago Alderman Ed Burke has finally been charged with corruption after 50 years in office and after skating in half a dozen past investigations into his conduct.

Burke, first elected to the 14th Ward in 1969, is one of the Windy City’s biggest power brokers and has for decades been associated with some of the most corrupt practices in the city. But he has never been actually, formally charged despite the many investigations he has faced.

This week that changed.

On Thursday, a federal complaint charges Burke with “corruptly soliciting business” for his private law firm in exchange for doing a business a favor via his power in city government.

The feds handed down a 37-page complaint which could yield a 20-year prison term and a possible $250,000 fine.

According to Chicago’s WGN:

Burke was released on a $10,000 bond. Under the conditions of his release, he must not violate any laws, must give a DNA sample, not change his residence or phone number. He also cannot travel outside of northern Illinois with the exception of his home in Powera Lake, Wisc. Burke must also get rid of the 23 firearms he owns.

The charges stem from actions Burke reportedly took while dealing with a local fast food business.

Emails and phone recordings the feds allude to in the complaint show that things went off the rails when the fast food business did not agree to hire Burke’s law firm for their personal business while he helped approve permits and other things for the renovations they planned for their fast food locations.

When the executives didn’t give Burke’s law firm the business he wanted, Burke spoke with one of his ward employees about how they would “play hard” ball with the company, the complaint says.

Emails between the executives, who the complaint says are victims and not targets of the investigation, show how worried they were about the damage Burke could do to their enterprise.

“I know these guys are very powerful and they can make life very difficult for all of our Chicago stores and I do not want to take this risk,” one email said after Burke forced them to halt the renovations.

“What can I say? I’ve done nothing wrong, and I’ve always cooperated with investigations in the past, and I will continue to do so,” he told the media.

Burke has been involved with many, many investigations into his corruption, but he has never actually been charged. Now that he has, it is likely his goose is finally cooked.