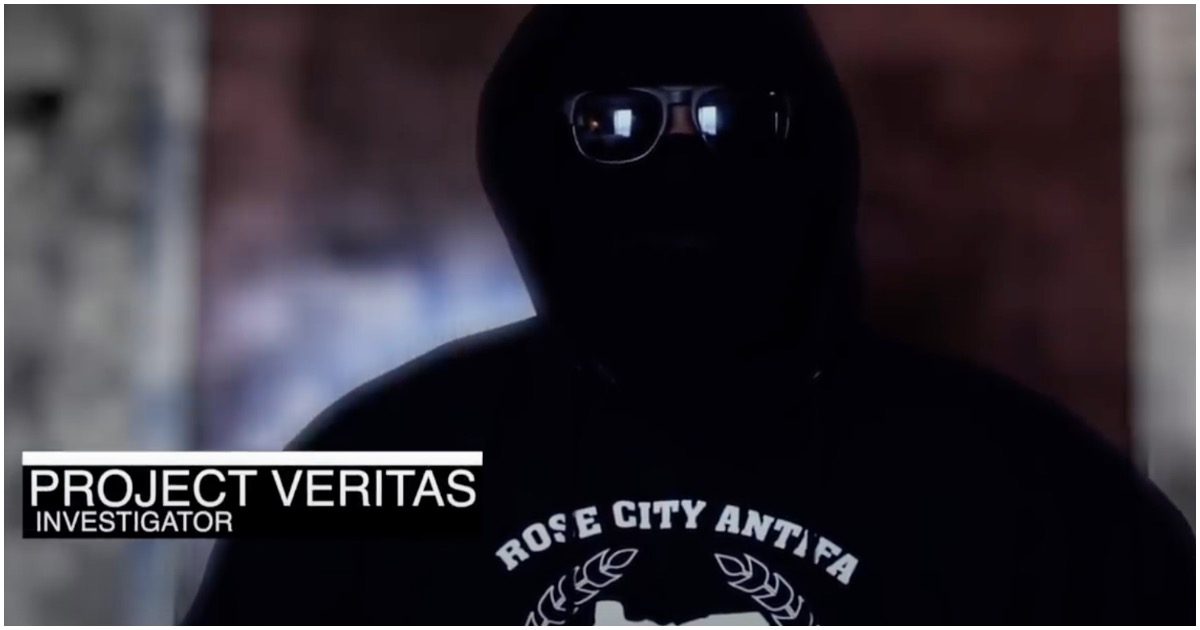 Then again, nothing about the anti-fascist fascist movement is on the level.

James O’Keefe of Project Veritas had an operative infiltrate an Antifa outfit in Portland. What was learned is pretty devastating.

Attorney General Bill Barr announced Thursday that investigations of recent violence spinning out of protests yielded evidence that not only are various “extremist” groups taking advantage of the unrest for their own ends, but that “foreign actors” are also getting involved.

Barr said that there is evidence that those extremists include Antifa and other groups of different political persuasions, as well as “foreign actors playing all sides to exacerbate the violence.”

Portland: A man tried to help the man carrying a US flag who was getting beaten on the ground at yesterday’s antifa/BLM riot. They chased him away and kicked him in the face when he was unconscious on the ground: #Antifa #BlackLivesMatter pic.twitter.com/xqKTYT5tPl

Every politician shilling for #Antifa and allowing rioting, looting, and murder to take place on our streets and in our stores is grossly violating his or her oath to the American people. pic.twitter.com/kKBY0nfGU8

They let ANTIFA organize terrorist attacks on America but censor me

Chip in $5 to help kick ANTIFA thugs off our streets:https://t.co/DCzQyHjCaR pic.twitter.com/wZpHtfVfVj

2 years ago in my book 4D Warfare, I wrote that a Cultural Revolution was brewing in America, and that Antifa were the new Red Guards of Mao

And now here we are

Every time I post a video of Antifa acting like terrorists (which they are) a few of these show up. pic.twitter.com/iO8u9edzEJ

Add this into the Antifa exposéhttps://t.co/V0OMISEYoi

It’s disgraceful that not a single Democrat has the courage to acknowledge an obvious fact: that #Antifa is a domestic terrorist organization. Every Democrat pretending otherwise is violating their obligation to serve the American people.https://t.co/T3hx9Owf7n