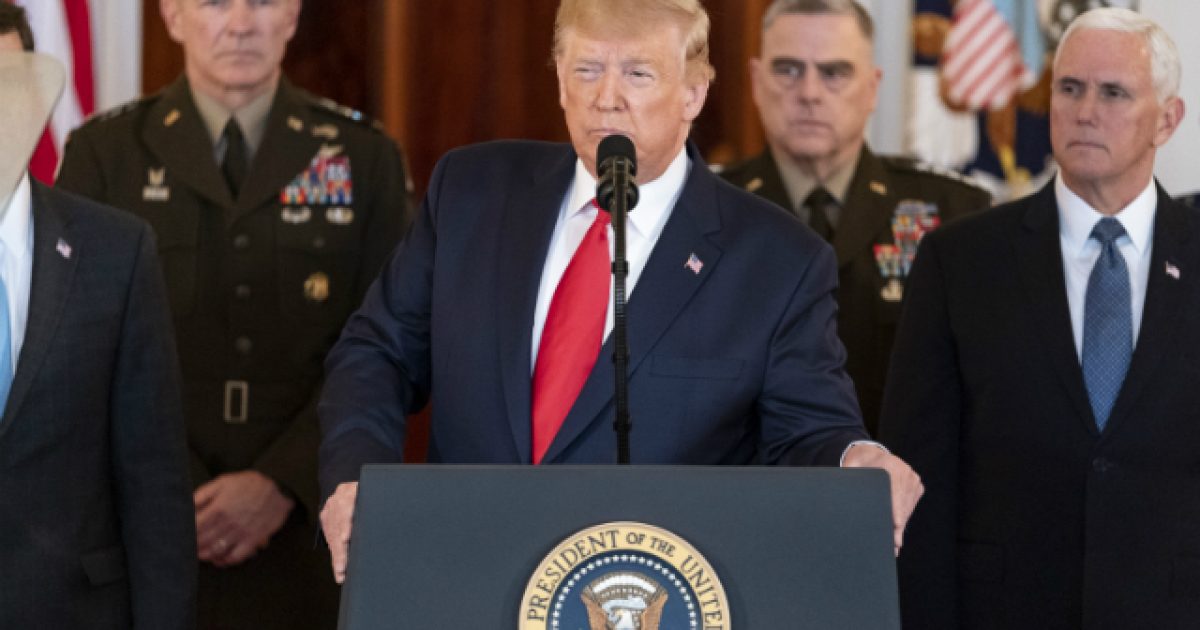 President Trump warned Iran that if they attacked the United States or its people there would be consequences, and while he’s obviously not eager for physical confrontation unless absolutely necessary, that’s not stopping him from delivering a hard blow to their economy by placing sanctions on the country.

Iran fired more than a dozen missiles at Iraqi bases that were housing U.S. troops in retaliation for the U.S. killing of Qassem Soleimani in a drone strike near the Baghdad airport last week.

Mnuchin said Trump would impose sanctions through an executive order on anyone involved in the country’s textile, construction, manufacturing or mining sectors. Separate sanctions would be imposed against the steel and iron sectors.

“As a result of these actions we will cut off billions of dollars of support to the Iranian regime,” the treasury secretary said.

Secretary Pompeo said that the main purpose behind the sanctions is to “strike at the heart of Iran’s internal security apparatus.”

President Trump is taking a strong stance in condemning the actions of Iran, while also not being eager to jump into war, showcasing wisdom and deep thought on this complicated issue.

ICYMI: Obama’s White House Guest Was the Leader of Attack On U.S. Embassy In Baghdad (Photos)